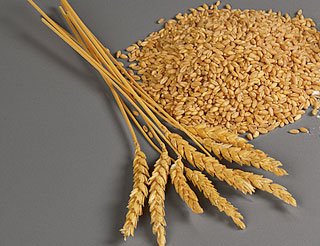 With the increasing population throughout the world, food security is a challenge for the scientists, researchers and policy makers. Pakistan is an agricultural country with dense population. Its most important crop is wheat which is used as a staple food throughout the country. Average yield of wheat in Pakistan is about 2.78 t/ha which is much low than in many other countries.
There are many factors responsible for this low yield including less availability of the improved seed, late sowing due to late maturity of cotton varieties, less plant population per unit area, non-judicious use of fertilizers, shortage of irrigation water etc. Among all these factors late sowing of wheat is a big issue. In cotton-wheat cropping system, cotton crop is harvested up to end of December due to late maturity and indeterminate growth.
While the optimum time of sowing of wheat is from November 1 to November 15; this delay in sowing of wheat causes huge loss to the wheat yield. Late sown crop has poor germination, less number of tillers, smaller heads, shriveled grain and reduced yield. It has been proved that wheat sown after November 20 causes yield reduction of 15-20 kg/acre/day.
It is a direct threat to food security and self-sufficiency of the ever increasing population. To solve this issue relay cropping of wheat is the best option. It is the inter-seeding of the wheat in standing cotton at its maturity stage. To sow the wheat, cotton field is irrigated and then presoaked seed for 12 hours is broadcast in the standing cotton. Both crops enjoy a short term association of about 30-40 days. After this period cotton sticks are removed.
Relay cropping enables the farmers to sow their wheat in time. It facilitates extra cotton pickings which would have been missed if cotton sticks were removed to sow the wheat. Due to timely sowing, it increases the wheat yield as compared to conventional planting after harvest of cotton. It has been proved that it increases the yield up to 54 per cent, decreases tillage cost up to 98 per cent as no tillage has been done to prepare seedbed, increases seed cotton yield up to 15 per cent and increases the profit of cotton wheat cropping system up to 32 per cent.
As relay cropping is done with zero tillage, so it conserves soil moisture due to crop residues, increase organic matter contents, and reduces soil compaction. So relay cropping is a golden technology to boost up the yield of both wheat and cotton, to cut the cost of production and to increase net benefit for better economy.
Source