Climate change is the variation in the average weather condition of a particular region of the earth. Variation may be caused by the multiple of the factors such as change in the solar radiations and biological processes, global warming and many more. Change inclimatic conditions shows very severe impact on the agricultural commodities. Main negative impact of climate change on the production of cotton crop in Pakistan is the reduction in the availability of irrigation water. Due to this crop are unable to bear heat stress and cotton cropface to reduction in yield. Under climate change condition, limited increase in the CO2 could also favor the cotton production. In near future Pakistan will suffer most due to the climate change as far as agriculture and the production of cotton crop due to the shortage of water. In our country, agriculture is mostly dependent on the irrigation water which is comes from the Indus River, which will come under stress and carry less flow of water as the Tibetan and Himalayan glaciers and the snowfields diminishes in size. Here the production of cotton crop is already taken place in the sub-optimal conditions with respect to high temperatureas temperature increases during growing season yield of the cotton crop will depressed. Increase in temperature up to 40º Care observed in cotton growing areas of Pakistan. Near future inPakistan increase in temperature coupled with decrease in rainfall this will negatively affect the production of major crops.Artificial irrigation water condition is also poor in all ecological zones. Due to lack of storage abilities of dams in Pakistan. Increase in temperature coupled with decrease in rainfall will increase the water inputs through the Indus based irrigation system, particularly in the three main cropping systems: cotton-wheat, rice-wheat and maize-wheat. Moreover, by the increase in the application of underground water salinization also emerging a secondary problem. Under this climaticsituation 0.3º C increase temperature per decade are showed. Due to this all major crops like cotton, wheat, sugarcane is affected. Any slight rise in temperature would therefore haveantagonistic effects on growth and development, maturity and the end productivity of the crop. Irrigation and water requirement increase under the high temperature to compensate the heat stress.

Increase in the level of CO2 concentration in the surroundings environment of cotton plant will increase the activities of photosynthesis and the cotton plant will develop vigorously as the concentration of CO2 increases in the immediate environment of the plant. By increasing level CO2 leaves size of the cotton plant could be larger than normal one thereby plants have greater surface area for the photosynthesis which helps in the subsequent growth and development. Under this condition plant bear more fruits by increasing number of branches that’s way higher yield of crop is attained. By increase in the rate of photosynthesis the demands of inputs for normal growth and developments of the plants also increases like water, nutrients etc. Another major impact higher level of atmospheric CO2 is increase in the competition of weeds with the cotton crop.Climate change affect the relationship between cotton-weed. This relationship will be more beneficial for the weeds because they are more adapt to these environmental conditions through genetic variations and selective ecological adaption. Moreover, cotton plants are more vulnerable to the pest attack by increase the nutrition value of the plants leaves by increasing the C-N ratio of the plant tissues.

Life on this universe is just because of the availability of the water. Plants needs water to maintain body temperature up to optimal range. Without the availability of water plants may suffer heat stress. In different ecological zones, irrigation water is used to maintain the growth optimum temperature for cotton plant. Timing, availability and amount of water during the crop growing season is critical. If the variability is prolonged then it will cost by reduce the yield of the crop. Irrigation is the vital importance to save the cotton crop under limiting conditions. It plays a vital role in the production of cotton in those areas which depends on Indus based irrigation system.

Insect pests are the major threat to the cotton production in Pakistan. Most of the insects can adapt to the changing environmental conditions. Through that’s way these can thrive under climate change conditions and extreme weather events. Literature revealed that global warming will affect the rate of insect metabolism and allowing them to enhance reproduction system.  By rising in the temperature,the process of colonization and spreading into newer areas also increase. Climate change can influence on the control of diseases in three way: by effect on the pathogen; by generating disease propitiating environment; and by affecting the tissue of host plants. Climate change can also affect the control measures by changing in the emergence of the pathogen organism. Chemical control method also become less effective by increasing possibility of decomposition rat of chemical under high temperature condition. According to a study high level of CO2 will induce more fungal attack, increase the severity of diseases and spore formation and will destroy the plant tissue rapidly. In general, we can say that, increase in concentration of CO2 will increase the disease problem significantly.

How we can adapt climate change

Under changing climatic condition, the economics of cotton production is changed, this forcing the rural cotton farming community to include different alternate crops in the cropping pattern. With respect to the production, cotton crop has limited capacity to respond heat stress through compensatory growth. Its vertical taproot provides it resistance against water deficit conditions, but on same time it also makes it susceptible for the water logging. A number of adaptation strategies are made which should be adapt to overcome this problem. 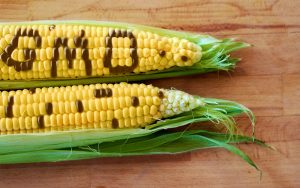