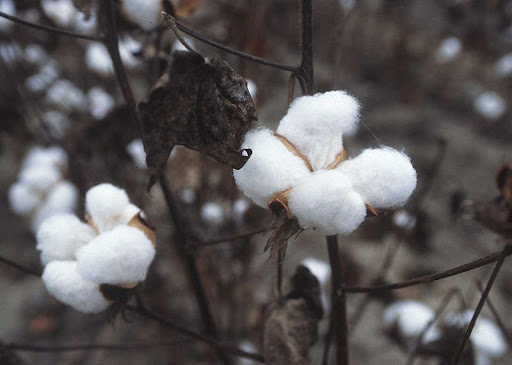 Increased cotton buying and rising prices welcomed WTO just set in to regulate trade order, said relevant sources commenting on the business during the week ended on January 1, 2005. The total surge in the official spot rate was from Rs 85 to Rs 1925 without upcountry expenses.

WORLD SCENARIO: The New Year celebrations and long holidays hovered the week keeping cotton business lethargic, and futures firm. However, on Monday, when trading resumed after Xmas holidays, futures was marginally higher on trade buying in lethargic business, with brokers saying market would likely stay in band.
The markets closed on Thursday for New Year’s celebrations will open on Monday, next. On Tuesday futures maintained firmness on end-of-the year speculative short covering and trade buying and follow through purchases may push the market higher before the week and year is out.
Traders said that was end-of-the-year buying, and added the failure of the market to push past its recent lows promoted speculative accounts to cover their positions.
The analysts are looking closely whether consumer buying of cotton would be enough to absorb the record crops. Dealers said once players completed their year-end-positioning in cotton, the market could turn quiet ahead of the New Year.
The futures settled softer on Wednesday on trade sales but those losses were pruned by a tout of fund buying, with brokers saying the market seemed poised to grind higher into 2005. Trade sales deflated fibre contracts, but fund buying stopped the fall and led the market back. Analysts added most players are reluctant to press the market hard going into the New Year holidays and that most of the activity involved players tweaking their position going into 2005.
The last day of the week trading marked cotton futures settled at a one-month high on speculative short covering from players in the year’s last trading day with follow through purchases seen boosting the market.
Traders said the market might have also derived some inspiration from higher-than expected US cotton sales in the USDA weekly export sales report. The total sales reached 268,400 RBs 500 Lbs each.
The US cotton shipment reached of 177,500 RBs. The March opened at 42.92 and closed at 44.77 cents a pound end May opened at 43.40 and closed at 45.19 cents opened.

LOCAL TRADING: The fact that global trading system WTO is already here, the cotton trading saw much improvement and prices also rising in repaid stride. Spot rate last week rose from opening at Rs 1840 to Rs 1925 on Friday. The realisation that competition that will generate due to quota free exports will increase demand, cotton buying was marked higher.
The consumer/exporters all looked for good/quality cotton for quality products and at cheaper rate thronged market to lift every choice lot. Another factor was consideration of the ECC to show green signal to the TCP to enhance cotton exports.
However, the trend was evident from the right day one observing that seed-cotton prices short up on Monday. Phutti prices in Sindh ranged between Rs 700/875 and in Punjab Rs 750/Rs 890. Nearly 16000 bales of cotton changed hands in the price range of Rs 1900 and Rs 1950.
Spot rate opened at Rs 1840. On Tuesday, trading subdued slightly but buying support continued significantly up. The TCP asked to halt for a whole was asked to continue.
This helped sellers to push spot rate by Rs 20 to Rs 1850. Meanwhile, exporters hold their nerves and prepared to embrace the enhanced trading pattern of textile products. They were hopeful; orders for imports from big countries will supply double or treble.
The next day spot rate bulged by another Rs 30 to Rs 1890, but buying support maintained on the way. Exporters, who had made some investment in improving the skill of worker and mills equipment and technology etc, were on the market to left every quality cotton lot so that they are not exhausted. Over 1600 bales of cotton changed hands.
On Thursday, buying had accelerated signalling that exporters were bracing for tests that new global trading system was bringing in its wake. Spot rate to be quoted at Rs 1910. Phutti prices were marked at Rs 750/925. On Friday, spot rate showed another rise of Rs 15 to Rs 1925.
Phutti in Sindh ruled at Rs 725 and Rs 925 while in Punjab prices ranged between Rs 725 and Rs 935. In Sindh, cotton ruled between Rs 1650 and Rs 2000 while in payable they were in the range of Rs 1700 and Rs 1950. Heavy rains in payable restricted normal sales/purchases.
The official spot rate was unchanged on Saturday at Rs 1925.

TEXTILE POLICY: The one para news could have been by passed without requisite notice attached to it. But the headline was catchy and relation with the subject was so close, going through its content was a must.
It was a small announcement regarding textile policy – important in its own right. It was specifically mentioned, as the first textile policy ever and was to be announced some day in February 2005, by happily the first ever textile minister. Both are heartily welcomed with prayers on lips they prone auspicious.
When struggle was on for putting in lace textile ministry/minister by way of reference names were printed who was a hurdle in the way of textile ministry. But, it needs mention, India and Bangladesh already have ministry while in Pakistan, such big sector cotton and textile was generally run by commerce ministry and had finance ministry blessings, where financial matters were concerned. And just to refer a few stories, which doubted textile industry with, already announced minister had “come to stay”.
But should one thank WTO or the currently run govt that after half-a-century textile ministry was considered necessary. If, in February, textile minister announces the first ever formation of textile ministry, not only doubts about textile ministry but also many other problem will look easy to thrash out. Although WTO system, people say, has saved textile exporters from bigger, then the investment exporters claim to have made, because products with low cost and quality will get easy access in countries, yet design and attractive look will have to be given to cheap and quality export products.
Now, as this column will be printed, all about China, India and of course Pakistan is being written and said will crystallise.

MADE IN CHINA: “Our costs are low, while quality and variety reach the average global standards”, textile expert Chen Yifang proudly gone out to a world news agency. This is simple and touch but most textile exporters in many countries look aghast what after just few hours hence to our exports.
Most of the exporters have condemned second third hand machinery, lad and haggard technology, unskilled labour for monetary reason and whatever manufacture and exports nations exchange are favour exchange, starved governments can make.
The Pak exporters have been impressing govt that they can increase exports but put terms and conditions such as raw material availability be ensured by the govt. It is claimed that their capacity to manufacture and export products much more, if cotton production was more than 13 million bales.
The cotton quarters have the capacity to meet local needs but who will come to help if “bumper” crop is necessarily meant to pay low. China is a country like any country. Even cotton production may be large but cannot match the amount China could produce textile products and exports.
Even the most technologically advance countries in the West are upset how to beat or match China. Textile exporters were breathing normally until that country was included into the firmly of “WTO”, in 2001. It will be spectacle to want and see what preparation Americans and EU members are making when in a few hours time quotas will be phased out. China has been apologetic and assuring the textile exporters, it will see and hold back its exports if they really cause disruptions.
China had to give in black and white, which was to become legal part of WTO that China will have to abide by the “ARRANGEMENTS”. At a time when China has “invested a lot in replacing their equipment and upgrading our technology.”
Pak exporters are no doubt repeatedly making this indifferent people of huge investment in probably the knowledgeable circles, said the other day, first and last time life find no mention or in whispers it stands anywhere China and India.
The finest hour has arrived, circles say, they will be watching how Pakistan exporters fare during trial 2005 year.

TAIL PIECE: The speed with which the TCP has been procuring but so far is vindictive of the fact that its role may spill into the coming season also. And, may be, it will be empowered to carry on job without any formal invitation or directive as such.
The TCP role linked with cotton purchases, or in louder way, to stabilise way ward prices. No harm some cotton experts with integrity of character are picked up to hold responsibility of the section in the corporation on permanent basis.
However, care should be taken that its job at any stage will not be politicised. The reference can be had in, now defunct, Cotton Export Corporation, which left bad taste in mouth of some victims.
The cotton growers, according to them, from day one sit on powder keg until harvest at the end of the season stand by them. The good 2003-04 season has come, comes with smiles on the growers faces, in years.
The growers have probably not made any call for rescue, can be combined effect of hard work, God’s mercy, and measures taken and promptly by the govt growers may cherish ever after.