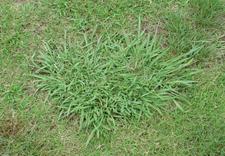 Dallisgrass (Paspalum dilatatum Poir.), family Gramineae, locally called valaiti ghas, is a summer perennial grass. It is native to South America, and was introduced into the United States in approximately 1842. Later, it began to be cultivated in other countries also. It is not commonly cultivated in Pakistan.

This grass is drought-tolerant, but it does well on moist, fertile lOamy soils. It can be sown on sandy soil if it is well fertilized. Dallisgrass grows in bunches, which makes it very suitable for growing with other grasses or legumes. Its growth habit is a little different from that of other summer grasses because it continues to grow in autumn and is not ‘affected by moderate frosts.

It is usually seeded by broadcasting in early spring at a seeding rate of 5-6 kglha and then lightly planked to cover the seed. It responds well to nitrogen fertilization. Sowing in a mixture with legumes increases the yield.

Withmixed sowing, fertilizer recommendations are from 20-100 kg of nitrogen, 67 kg of P, and 34 kg of K per hectare. Dallisgrass is more palatable and produces higher daily gains than berrnudagrass. It is used primarily as a grazing crop, and provides a longer period of grazing than most other warm-season grasses. It has a rapid recovery rate, probably faster than most grasses.