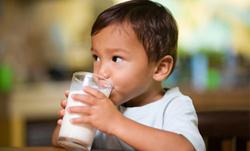 Connie Weaver, distinguished professor and head of the food and nutrition department, found that the bones of rats fed nonfat dry milk were longer, wider, more dense and stronger than those of rats fed a diet with calcium carbonate. Calcium carbonate is the most common form of calcium used in calcium-fortified foods and supplements.

Weaver said the study, funded by the National Dairy Council, is the first direct comparison of bone properties between calcium from supplements and milk.

“A lot of companies say, ‘If you don’t drink milk, then take our calcium pills or calcium-fortified food,'” Weaver said. “There’s been no study designed properly to compare bone growth from supplements and milk or dairy to see if it has the same effect.”

Data from Purdue’s Camp Calcium, a research effort that studies how calcium and other nutrients affect bone growth, show that between the ages of 9 and 18 people require 1,300 milligrams of calcium a day for optimal bone growth. This is the equivalent of about 4 cups of milk or yogurt or the equivalent from cheese or other sources, Weaver said. After the age of 9, due mostly to peer pressure, the gap between the calcium youths need and actually get widens, she said.

The study involved 300 rats that were divided into two groups. For 10 weeks, the rats were given all the nutrients they require, but one group was given dairy and the other was given calcium carbonate as the source of calcium.

After 10 weeks, the bones of 50 rats from each group were measured for strength, density, length and weight.

“We found those measurements were up to 8 percent higher for those who had milk over calcium carbonate,” Weaver said.

The study also found a strong effect of having dairy as a calcium source followed by periods of inadequate calcium.

Over a second 10-week period, the remaining rats were fed as adults. Half of those were given adequate calcium as carbonate or milk. The other half were switched to half as much calcium as recommended, but were given calcium carbonate.

“This is comparable to humans who, during their early growth, drink a lot of milk to the age of 9 to 11, or maybe even adolescence, but then get only half as much milk calcium as they need after that,” Weaver said. “Some take calcium supplements, but few adults get adequate calcium.”

“We found it was an advantage having milk or dairy while bones were growing over calcium carbonate, and it protects you later in life,” Weaver said.

She is not sure why dairy is better, but said further study is needed.

“I think this will spark some people to want to figure out what it is about milk that gives it an advantage,” she said.

“It’s not due to increased calcium absorption. It’s more about protecting against bones losing calcium, according to our results of calcium metabolism. Bones are in constant turnover, especially when they are growing. Youth need to have bone formation outweigh bone loss.”

The above story is based on materials provided by Purdue University. Note: Materials may be edited for content and length.