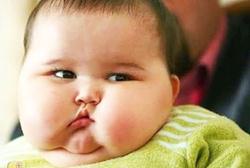 Attention modification programs, which train a person to ignore or disregard specific, problematic cues or triggers, have been used effectively to treat cases of anxiety and substance abuse. In a novel study published this week in the journal Appetite, Kerri Boutelle, PhD, professor of pediatrics and psychiatry at the University of California, San Diego School of Medicine, and colleagues report using a single session of attention modification to decrease overeating in obese children.

“We believe that there is a group of people who are inherently sensitive to food cues and, over time, eating in response to paying attention to food makes them pay even more attention. It’s based on Pavlovian conditioning.”

Obesity in the United States is a well-documented problem, with more than a third of American adults considered to be obese. Child obesity is equally alarming, with an estimated one-third of American children (4 to 5 million individuals) overweight or obese. These children are at greater risk for cardiovascular disease, cancer, orthopedic and endocrine conditions and more likely to die earlier.

Boutelle and colleagues investigated whether attention modification training might be another way to treat problematic eating and obesity in children. In a novel pilot study, they recruited 24 overweight and obese children between the ages of 8 and 12 and split them into two groups.

One group underwent an attention modification program (AMP) in which they watched pairs of words quickly flash upon a computer screen. One was a food word, such as “cake;” the other was a non-food word, such as “desk.” After the words had flashed and disappeared, a letter appeared on-screen in the place of either the food word or the non-food word. The viewing child was asked to immediately press the right or left button associated with the letter’s location.

“This is called ‘implicit training’ as it happens so fast that some people might not realize what is happening,” said Boutelle. “The AMP trained attention away from food words because the letter always appeared in the spot of the non-food word while in the other group, the condition trained attention was split with the letter appearing half of the time in the food word location and half in the non-food word location.”

The two computer programs differentially affected eating in the overweight children after only one training session. “It’s surprising to find differences in eating after just one training program,” said Boutelle, “but it’s encouraging because it suggests that a longer program might have greater effect.”

Boutelle said she hopes the pilot study will spawn larger and longer similar investigations, which could ultimately provide another means of addressing overeating and obesity. “Assuming attentional bias training is effective in larger studies, it could be provided in the form of a computer game which could be a stand-alone program or it could potentially enhance their ability to stick to a diet by decreasing the attention paid to food.”