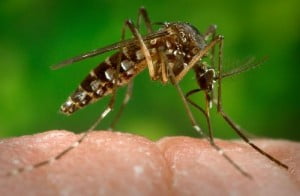 Insects are a source of transmission of plant viruses it depends upon four components. Availability of virus in the diseased source plant, and susceptibility of healthy plants used as indicators of transmission, transmitting ability of vector, trainability of virus. Better plants are selected for the source of virus and indicators of transmission. For example; pathogenicity of Peach yellow leaf roll virus to the leaf ‘’hopper vector’’.Colladous montanus would probably have not been discovered, if peach had not been replaced with any other plant as an experimental host plant. Leaf hopper infected one of 168 plants. Leaf hopper infected 232 to 546 plants when celery was used as a source of transmission. Better plants are selected on which insects will better develop or survive.

Viruses are present in plants viruses may be concentrated in plants or may not, this concentration is measured by different means like Serological methods. Concentration was related to availability of potato virus to aphids, Pepper ‘Potato virus’ and ‘Cucumber mosaic viruses. If we found two plants that was used as a virus source no difference was found for mechanical inoculation.

Many insects that have viruses these insects show variations with different species or with different varieties of plants that are selected as a plant source. Among non- persistent aphid borne viruses. CHARD was a better source of cucumber mosaic virus for aphid as compared to pepper. Broad bean was the best of four species tested as a source of bean yellow. Mosaic virus Yellow Lupine virus better than two other Lupine species. Source of potato virus are also different from these sources vary from specie to specie and tobacco was better than potato. Poor source of Poison Hemlock ring spot virus for aphids was Parsley. Celery and Poison hemlock was a good for aphid as compared to Parsley. No consequential difference was found between tobacco and hyoscyamus as a source of Henbane mosaic virus for aphids. Two sources of  Brassica  negra virus one is Brassica juncea coss. Individual plant may vary greatly as  a virus source. The variations  occur  due to segregation of  of viruses as well as genetic variations. Bean yellow mosaic virus from Broad bean is generally regarded as self pollinated and therefore varieties of seed might be highly uniform genetically. The leaves of same plant differ as a virus source for insects. Some viruses have a definite infection cycle in plants, sometime concentration decreased as a whole plant body  this is true for alfalfa mosaic virus.

Myzus persicae  reared on peach plant transmitted lettuce mosaic virus to fewer plants than did Myzus persicae reared on mustard, sugar beet, and radish. Aphids may have different ability to transmitted viruses. Myzus persicae reared on Chard plant. Within different species aphids have equal transmission efficiency. Mackinnon showed that more plants were inoculated with turnip. Aphids are reared in detached leaf  most forms of aphids Rophalosiphum  fitchii from primary hosts did not transmit virus but in secondary host it become a common vector of virus. Lack of transmission may be due to feeding behavior on the virus hosts. M.persicae from thriving colonies on young leaves Brassica pekinensis Ruper  the stylet-borne bean yellow mosaic virus to more plants as compared to aphids. The age  and  condition of plant both effect at the time of transmission of aphids.

Transmission depends upon the particular combination of virus and aphids. Watson used aphids and inoculate in many plants and noted a seasonal trend. In transmission of Strawberry mottle virus by Pentatrichopus Jacobi infection in group of 15 plants. A highly significant inter replicate variations found in aphid transmission. Experiments indicate that a difference in transmission potential of aphid. Aphid colonies could introduce a high degree of variations. With respect to environment maintain the uniformity of aphid colonies. Aphid transmission depends upon temperature   and humidity.

DEPARTMENT OF ENTOMOLOGY, UNIVERSITY OF SARGODHA