Cotton (Gossypium hirsutum L.) is an important high value cash crops for Pakistan which play a momentous role in the national economy by contributing 1% in total GDP and 5.2% contributes in agriculture and other value addition products. It is also known as silver fiber. It is heavily attacked by the different pest which results in the reduction of crop yield in Pakistan 30-40%. Cotton crop in the whole growing season is attacked by 1326 species of pest including vertebrates and invertebrates, of which almost 130 different species of insect pest and mites which found to destroy the cotton crop at its different stages of growth. Major pest of cotton which is responsible for the reduction in the yield is Bemisia tabaci Genn. (White fly), Amrasca biguttula Ishida (Jassid), Thrips tabaci Lind (Thrips) and bollworms. Bollworms are the main pests of the cotton, among these bollworms, Pictinophora gossypiella pink bollwom is considered to be one of most injurious pest of cotton crop due to its difficult to control through the any kind of insecticides. Pink bollworm is considered most destructive pest due to its direct feeding habits and its develops with in the boll which can damage the lint quality of the cotton. Annually loses by the Pictinophora gossypiella in the Pakistan are estimated 1 m bales.

It is difficult to control by any pesticides due to the its habitat because this pest is feed and develop inside the cotton bolls and are very difficult to exposure of many insecticides. The artificially produced insecticides play a vital role in controlling of this pest. However abundantly and continuous use of the same group of insecticide generated pest resistance and causes pest outbreak.

Adult moth of P.gossypiella are small sized dark brown in color. Across the wing adult moth size is about 12-20mm. The head of adult is reddish brown in color. Basal segment of the antennae bears a scallop or pecten of 5-6 long hair like stiff scales. The forewings of the P. gossypiella elongated to ovule in shape, tips of the wings are pointed and bearing a broad periphery. Ground color of the forewing is dark brown. The hindwings of the adult moth are broader as compare to the forewing, are trapezoidal in shape and silvery grey in color with darker, nacreous hind margin. Legs of pink bollworm moth are brownish black in color. The abdomen of pink bollworm is looks like an ocher towards upward side, which is dark brown in color. Pink bollworm has white color eggs which turn in to the orange on the time of the hatching. Eggs hatch about 3-4 days after they are laid. Size measurement of the eggs about 0.5 mm long and 0.25 mm wide. Mature larvae measures about 10-12 mm long and pink color horizontal broad bands.

Activities of pink bollworm on the tender bolls starts in the middle of November and continued until the harvest of cotton crop. A research reported that relative incidence of pink bollworm starts from the October, which gradually increased and attain peak point at February and declined after that. Different studies have been done to predict the development pink bollworm, stated that eggs of P. gossypiella require temperature between 10-35°C to hatch. Rate in the developmental stages increases up to the 35.5°C from where mortality rate increases.

After hatching, the larvae of P. gossypiella penetrate in to the ovary of the flowers or bolls of the plants within 2 days of hatching. P.gossypiella  larvae generally develop in to the pupa with in  the boll or the cotton seed which is harvested from the infected field. Larvae of the pink bollworm prefer to feed on the developing cotton seed. Bolls of the infected plant open prematurely and the lint quality badly affected due to the rotting. Lowered the length and strength of the cotton fiber. Moreover, infected cotton lint gets secondary damage by the bacteria and fungal attack.

When cotton crop is infested by the pink bollworm. The flowers of the crop plant become like a rosette. The flowers of the cotton plant do not open fully and they get rolled or twisted. Blackish spots are present on the bolls of the infested field which are the indication of the damage by the pink bollworm. Pink bollworm damaged the plant bolls and often make susceptible to the secondary infection by the bacteria or fungal that results in the blackening of the outside of the boll rind. Most distinct symptom of the pink bollworm infection is stained lint in the mature open bolls. It occurs on the lateral stages of the crop growth, once the damage by the pest is done.

A study conducted by the researcher concluded that Pink bollworm was observed when seed are buried at the depth of 15 cm. Emergence of a single moth can be controlled by the rototilled the soil up to 6 cm depth, while in deep ploughing without covering of attachment maximum number (46.5%) of moth are emerged. Seasonal shifting of larvae has been controlled effectively by the late sowing technique, larvae of P. gossypiella which emerge before the germination of cotton crop are ready to face food supply problem. Major carrier of pest is gin trash that can be expelled by the adequate winnowing, fewer pest can remain along the trash which is processed in that mills which is without this winnowing equipment. When cotton seeds are exposed at 48.9°C temperature for 20 minutes 100% mortality of P. gossypiella observed.

A researcher reported 22 parasites of P. gossypiella in a survey of Pakistan. He found Apanteles spp. a major parasite bollworms. Pinkbollworm can be effectively controlled by Chelonus blackburni just like uni parental egg larval parasite. Results of a study stated that total egg parasitization of the pink bollworm by T. bactrae in two repetitions was 14.73% and 18.53% respectively. Trichogramma bactrae expresses efficiently parasitized the eggs of pink bollworm under the field condition.

Application of different botanical herbicides like azadirachtin 1500 ppm, NSE 5%, neem oil 1% work effectively. To lower the damage of pink bollworm neem oil 1.5-2% and neem seed extract 2-3% showed most effective control. Application of tobacco extract can reduce the pink bollworm attack 41% followed by 13.12% neem extract and 7.5% in the BT cotton (P. gossypiella) and on the other hand, in non-BT. cotton crop maximum reduction in the mean larval population of 13.17% was observed from tobacco extracts which is followed by the 8.76% neem and 5.85% of datura extracts. Pink bollworm (P. gossypiella) can be effectively controlled by tobacco extract as compared to any other botanical extracted pesticides.

Pink bollworm can be controlled effectively chemically different researcher give different doses to control this pest. Pink bollworm can be controlled by applying indoxacarb (26.43%), beta-cyfluthrin (24.11%) and spinosad (25.11%) are proved effective to control pest. To the control pest and to decrease the damage  we can apply  profenophos 50 EC (500 g a.i /ha) as well as thiodicarb 70 SP (750 g a.i /ha) for most effectively controlled pink bollworm and give significantly decrease the percentage of loculi damage 9.50% and 8.88% respectively. To control the P. gossypiella can also apply deltamethrin 1% EC + triazophos 35% EC at the rate of  @ 360 g a.i/ha best followed by the lamda cyhalothrin 5 EC (25 g a.i/ha),thiodicarb 75 SG (562 g a.i/ha), deltamethrin 10 EC (25 g a.i/ha) and triazophos 40 EC (400 g a.i/ha). Most effective insecticide is thiamethoxam 25% WDG  (40 g/ ha)  followed by the chlorantraniliprole 20% SC and spinetoram 12% SC to control the pink bollworm (P. gossypiella).

Pink bollworm (P. gossypiella) is a major insect pest in Pakistan which causes huge losses to economy due to the absence of any strong and effective control measure. The simplest and effective way to control this pernicious problem sow the crop timely, before the final picking field should be grazed by the sheep and goats, before 15th February rotate the cotton field, don’t develop heaps of cotton sticks after 15th February, late sowing technique can be used to break the seasonal shifting of the larvae, use early maturing varieties, destroy the all left over after ginning in the factories. All other Integrative pest management strategies such exposure of seed to hot environment, night traps, bioagents (natural enemies), botanicals (bio extracts) and insecticides are also used to control P.gossypiella. 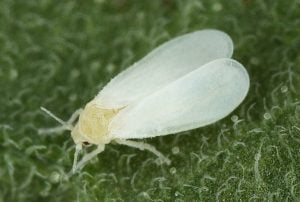