There are several hypotheses for this. With conventional tillage, seed bank of the weeds buried in subsurface soil layers comes to the surface. When rice is established as a puddled transplanted crop, lighter seeds float on water and get deposited on the soil surface. Main reason for change of weed flora seems to be the use of herbicides for control of grassy weeds and non-adoption of any measure to control broad leaf weeds in wheat over the time in zero-till systems. This increases population of perennial and broad leaf weeds in the zero tillage system. Also control of Phalaris minor (Gulli danda) reduces competition for other broad leaves weeds. Thus, it seems that several factors contribute to shifts in weed composition. 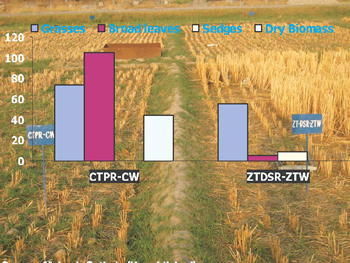 2. How zero tillage has affected the Phalaris minor population over years?

Less soil disturbance reduces germination and emergence of Phalaris minor (Gulli danda). Field trials have indicated that Phalaris minor population is reduced by nearly 40% in the first year of zero tilling as compared with conventionally tilled fields. After several cycles of zero-till planting and herbicide usage, populations of Phalaris minor can be reduced significantly in the rice-wheat system.

3. What measures are taken to control weeds in wheat crop?

Weeds of rice crop could carry over to wheat. Also some weeds can germinate after rice harvest. The best strategy is to control these weeds in the rice season. In eastern IGP, problem of carry over weeds and germinating weeds is quite acute due to delayed planting. Under such situations, glyphosate can prove as a very useful herbicide. If these weeds are to be tackled in wheat season, application of tpre-seeding herbicides 1 day before sowing of wheat can control them. It has been observed that Phalaris minor germination is low in zero-till fields as compared to conventionally tilled fields. But if weed population is above the economic threshhold level, then grass killers, such as isoproturon, sulfosulfuron, clodinafop-propargyl and fenoxaprop-p-ethyl should be applied 30-35 days after sowing. For control of broad leaf multiple weeds, 2,4-D or metsulfuron methyl should be sprayed at 35-40 days after planting. It is best to use boom-type nozzles with pressure regulators for uniform spray and to save on herbicides and to avoid phyto-toxicity symptoms. Continuous use of a specific herbicide may result in development of resistance to herbicide use, so use different herbicides every alternate year.

4. How can weeds of kharif season be controlled before planting wheat?

Perennial weeds of kharif season, if present in good number, adversely affect wheat yields. Preseeding applications of broad-spectrum herbicides such as glyphosate kill all these weeds. Annual weeds of rice die towards maturity of rice or in winter and hence pose no major threat.

5. Is glyphosate (roundup) use necessary before wheat planting?

6. How to improve weed control efficiency of glyphosate?

For better efficacy of glyphosate it is essential that weeds should be in active growth stage (turgid leaves) which can be ensured through application of irrigation water. Water used for spray should be clean and mud-free. Addition of 2,4-D (2-3 ml/l) with glyphosate also improves glyphosate efficacy against weeds.

7. What are chemical molecules that can be used by farmers to control weeds in RWCS?

There are many options to control different weeds and these have been listed below.

8. What are the effective weed management molecules for zero-till jute?

In zero tillage conditions, pre-plant application (1-7 days before planting) of glyphosate @ 1000-1500 ml a.i. /ha in 500 litres of water can knock down all the emerged weeds. For control of second flush of weeds, post emergence application of quizalofop (Targa Super 10 EC) @ 50 g a.i./ha in 500 litres of water at 30-45 days after sowing can provide very good control of grasses, broad leaves weeds and sedges.

9. What is the impact of zero tillage on natural enemies of insects?

A wide range of natural enemies (34) and soil fauna (e.g. millipedes, carabids and root weevil) are found in rice fields. The population densities of insects of economic importance are almost similar in the tilled and no-till fields. Zero tillage was found to favour the population of useful parasites.

Farmers often complain regarding increased rodent attack; however, several researches undertaken don’t prove this perception. It is a field-specific problem, not the technology-specific (zero-till). If rodent menace is feared, traps and chemical control measures should be adopted.

11. Is it true that intensity of stem-borer attack increases in zero-till rice-wheat system?

It is a common apprehension that pest will move from puddled transplanted rice to zero-till wheat. But, it is observed that rice stem borers do not survive in winter, and hence there is no increase in attack of this pest in wheat crop. Monitoring of long-term ZT sites have shown that stem borer incidence does create problem in ZT wheat.

12. What is the impact of the crop residues on the termite population?

Termites are generally problematic in hot-arid and semi-arid conditions. Termites move deeper into the soil during winter and begin to move upwards in monsoon. Crop residues on the soil surface are likely to provide food substrate to termites and stop them to attack crop. Besides, termites can be controlled effectively with use of chlorpyriphos. Significant termite activity is seen in maize fields planted subsequently for wheat. There is no need to worry about it. Termites act as good recyclers/decomposers of maize stubbles. It must, however, be mentioned that it is important to plan irrigation well in advance.

13. How weeds are managed in direct seeded or transplanted rice crop?

Direct dry seeded rice suffers on two counts: (i) iron chlorosis, and (ii) weed pressure. The first problem can be resolved by shallow submergence after seedling emergence for 10-15 days and the weed can be controlled through herbicides. If weeds are a major problem before direct dry seeding of rice (DSR) or zero-till transplanted rice, pre-seeding herbicides (glyphosate) have proved very useful. Staright pretilachlor which is registered in India under the trade name RIFIT can be used in DSR either as preemergence application (drilled rice only) or early-post in combination with propanil or another post-grass killer. 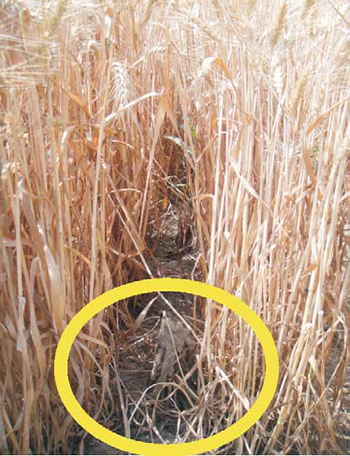 In zero-till termites attacks on residues and not crop

14. What will happen to problems associated with perennial weeds once than ZT is done on long-term basis?

The use of pre-seeding herbicides like glyphosate will deplete the huge reserve food of perennials in ZT system. As well as a good crop wheat or rice will not allow these weeds to manufacture more food. The dry weed of such weeds in the standing crop will-less than the conventional tillage. The population of such weeds in long run, in fact, will reduce over the years. 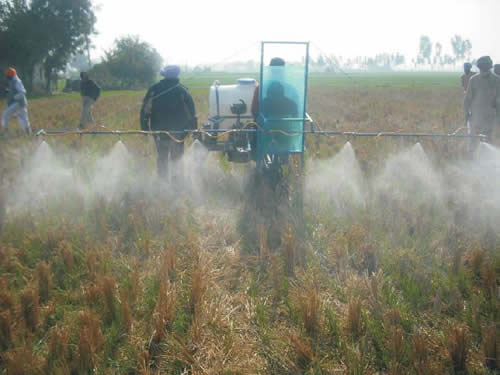 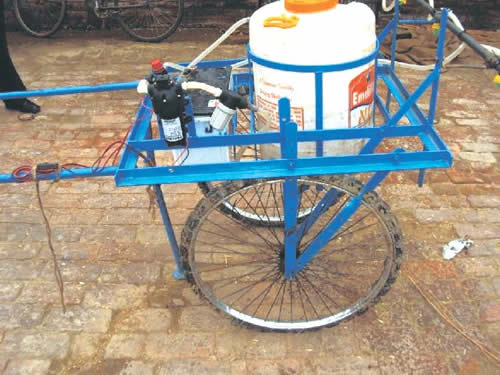 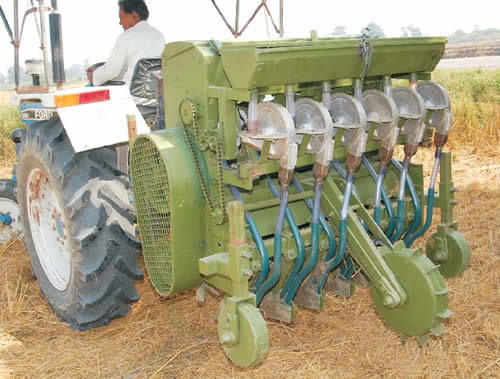 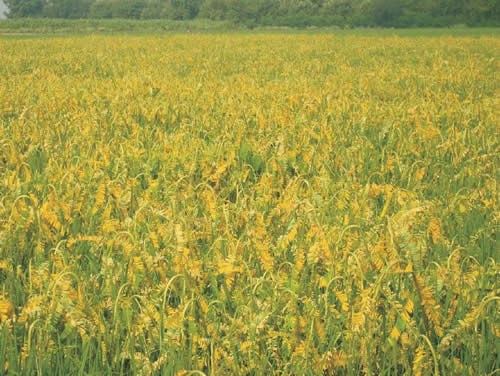 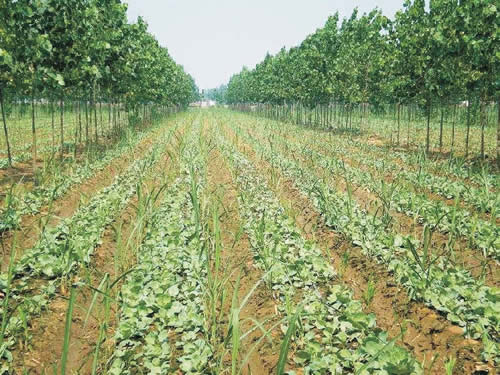 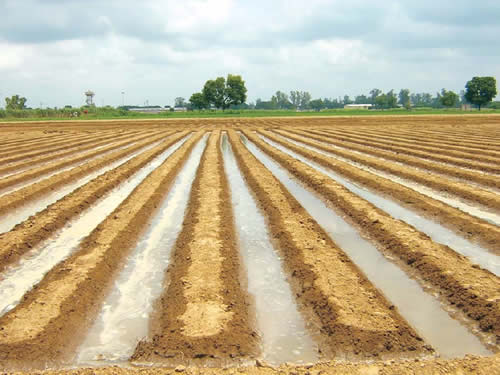