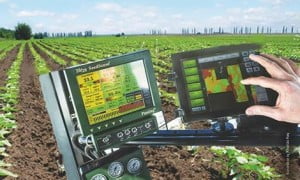 SOMETHING seems to be wrong with the government’s agricultural priorities. It is announcing packages worth hundreds of billions of rupees for farmers, while some of its most vital and successful initiatives are teetering on the brink of closure owing to paucity of a few million rupees, without having yielded the entirety of their intended benefits.

Such upside-down priorities are not only retarding the sector’s development but also providing fodder to the government’s critics, who blame it of being insincere about resolving the farmers’ problems.

One such example is a project for the “development of software for site-specific and economical crop production technology for various categories of farmers”. The federal government had started the project at the beginning of last year and helped develop a computer model to guide farmers to site-specific solutions to improve their yields and diversify their crops.

The project was to deal with the low-yield problem. But now it is falling apart right in the middle of its operations. It is being closed down despite it surviving various teething problems and initial hard work, like surveying farmers, studying cropping patterns and developing software and other possible cropping models for six districts — Multan, Faisalabad, Layyah, Jhang, Okara and Gujranwala.

As originally planned, the project was to cover 31 districts in Punjab and then possibly the entire country. However, it ran out of political and financial steam in June and is now being winded up.

Meanwhile, this project was itself a corollary of another one — financed and developed by the Agriculture University Faisalabad — that guided farmers right down to the grammes of fertiliser they needed to use on their soil, thus saving the input from being wasted. A farmer would feed details from his soil-test report into a website, which would then tell him about the amount of fertiliser he needed to apply on the soil.

But with the winding up of the project, virtually both initiatives will die. Instead of building on the success and advantages of one project, various ministries (which were wrongly involved in the first place) are now in the process of closing them down.

The premature death of these projects points to the crucial problem of agricultural planning (or lack of it) at the federal level. In the absence of coordinated planning, different ministries are dealing with the subject as per their own priorities and agenda.

For instance, once the agriculture university developed the fertiliser calculator, the federal Ministry of Information Technology took it upon itself to develop models and take them to the farmers. One of the ministry’s subsidiaries — the National ICT R&D Fund, which runs on 0.5pc of the profit generated by telecom companies in the country — was put in charge of an essentially agricultural project.

Now the priorities of an IT company have changed, affecting an agricultural initiative. Even when an outside ministry is lending a helping hand, the food ministry should take the lead and spearhead all initiatives because only it can gauge the importance of agricultural projects and initiatives.

Officials involved in the fertiliser project say farmers can increase their yields substantially and generate an additional income of Rs520bn if they just try to adjust their usage of fertiliser to their soil’s need for nitrogen, phosphorus, potash and zinc, without making any further investment. This analysis relates to five major crops — wheat, rice, cotton, maize and sugarcane; crop diversification will bring its own benefits.

Punjab is also expanding its efforts in this direction and surveying 5.2m farming families. It plans to document 5,000 villages every year over the next five years. Once it completes the effort, it will create an IT hub, link all farmers to it, and educate them about yield-enhancement and crop-diversification.

And this is precisely what the current IT project has been doing for the last one-and-a-half years. Why let an existing project die and then resurrect it five years down the line?