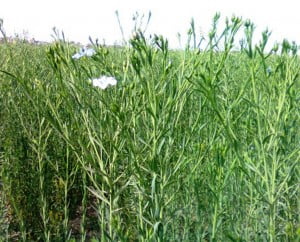 PAKISTAN IS chronically deficient in edible oil production and domestic production is not enough to meet the requirements for increasing population. From last couple of decades, uncertainty in the production of domestic edible oil has been increased due to certain reasons like native marketing conditions, competition with major cash crops, low price of the produce and increasing cost of inputs resulting in less profitable farming. These uncertainties also confine the production and are the main barriers in achieving the goal of self-sufficiency in edible oil. Only about 23% total requirements of edible oil is being met through domestic production and remaining 77% is fulfilled through import of edible oil with lion share of palm oil.
These are not only escalated risks for food security but also a threat to national economy in long perspectives. Country has imported 2.66 million metric ton of edible oil during the year 2014-15 relatively 6.5% higher to the corresponding last year. Sporadic efforts have been made to increase local oilseed production, but unfortunately, all efforts are in vain as the gap between production and consumption is still widening for instance domestic production is insufficient to do the needful, therefore it is inevitable to introduce exotic oilseed crops in order to reduce import bill of edible oil and create conducive environment for healthy competition in oilseed crops.
Linola is an exotic oilseed crop with tremendous potential of oil contents evolved from linseed through conventional breeding techniques. Linseed is notorious by having 50% of linolenic acid which is injurious for human consumption as it reduces oil stability and has properties of drying oil so, is being used for paints and varnishes. Whereas, in linola the drying quality oil in low demand is converted into one of the highest quality of edible oil by reducing linolenic acid up to 2%. The oil extracted from linola has quality by having favorable amount of polyunsaturated fats hence enhanced oxidative stability of edible oil thus becomes entirely fit and safe for human consumption.
In Pakistan, linola is newly introduced exotic oilseed crop and being under trails for testing its adaptability at local levels and regions whereas, it is promising oilseed crop in Australia, Canada, UK and USA and trend is shifted to other countries of the world due to presence of food conscious ingredients in linola like oil recovery up to 40% with 25% protein contents which are equivalent to pulses and profitable cost benefit ratio. India is one of the most viable countries to adopt after developed countries. We have been blessed with identical ecological prospects like India with same production features, hardworking farming community so, the linola crop has all the prominent prospects to get due share in our cropping pattern in near future. Although, linola is new crop for cultivation in Pakistan but its agronomic practices are alike linseed. It has adaptability to cereal growing areas and to those areas where linseed can be grown successfully. It has moderate water requirements and is frost tolerant due to very reason; it thrives best in cooler climates. Light textured well-drained, moderately fertile and humus rich soils are best suited for its production.
The main agronomic problem of this crop is that it is poor competitor of weeds at early stages because of slow early growth and partial branching. To overcome this problem different seed invigoration technique like hydropriming for 12 hours before sowing must be adopted. Weed management at seedling establishment is very vital, for this purpose hoeing is one of the best options than chemical control because the crop usually chokes out weeds in the later crop stages.
It can be grown without any competition with rabi cereals and with identical harvesting practices of cereals and other minor crops. The top most advantage of that crop is that it does not lodge or shatter its seed at maturity like in canola, mustard and rapeseed. After seed harvesting, its biomass like straw can be used in paper industry as additional benefit.  Furthermore, linola seed flour can also use for enhancing baking quality and shelf life of bread. Its seed is rich source of lignans which are anti- carcinogens and linola seed is also blessed with mucilage which is helpful for normalizing lipid level i.e. lowering blood cholesterol. Linola oil is being utilized for making margarines, salad oil and dressings for effective appetizer. Linola seed cake is also being used as feed of ruminants.
As for as future implications are concerned linola has shown tendency of high rate adaptability under local environmental conditions which is still under testing and its preliminary trails for commercial comparative of linseed and other indigenous oilseeds crops.  Researchers’ are still focusing on agronomic and physiological aspects of this crop at University of Agriculture, Faisalabad, and hopefully a constructive crop production technology will be put up soon. Pakistan has been spending a lot of foreign exchange from the export of edible oil and under the scenario; it is the need to overcome the import bill of edible oil. In the light of above comprehensive description of linola, it has enough potential and features to narrow up the said gap of edible imports. Therefore, government has to play its role in promoting linola by subsidizing its inputs so that growers may be motivated and beneficent to our economy in the long run.
Source