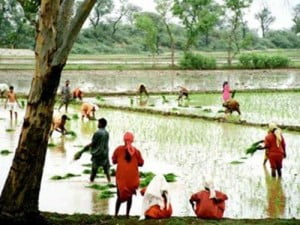 The ministry of national food security and research has developed 63 new crops varieties under different projects during the last five years to enhance yield of various crops in the country.

These new crops varieties were introduced to farmers with provision of quality basic and certified seed through public sector organisations like Punjab Seed Corporation and others.

Highlighting the achievements, an official at the ministry on Sunday said that the Pakistan Agricultural Research Council (PARC) under Indigenous Hybrid Seed Production Technology (IHSPT) has formulated technology to develop local hybrids of different crops such as sunflower, canola and maize and produced 60 tons of hybrid seeds for distribution to farmers on subsidized rates.

He said exotic hybrids seed of different crops including maize, rice, sunflower, canola and different vegetables were also introduced with public and private sector collaboration in the country.

The official said under the Agricultural Innovation Programme (AIP) for Pakistan different technologies were being introduced to conserve natural resource and to enhance yield of different crops in the country.

The others are development of Zinc enriched (Zincol) wheat variety, medicinal plants cultivation like kalonji to farmers, high plant density for fig plantation in Balochistan, citrus and mango orchard management in Sargodha and Multan areas, vegetable tunnel production in different area of Punjab and Khyber Pakhtunkhwa (KPK), olive plantation of imported nursery plants on 288 acres on marginal land in FATA and Potohar area and provision of true-to-type fruit nursery plants at subsidized rates to farmers in Punjab and KPK.