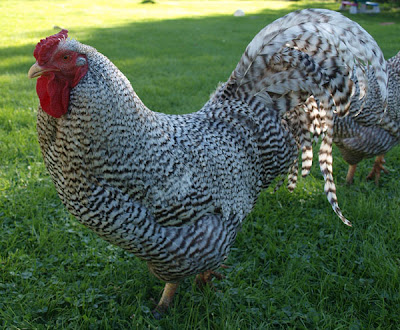 The Dominique was the first U.S. breed of chicken.

The Dominique chicken is primarily an egg laying breed, but many keep it as a dual-purpose (egg and meat) bird. This is a breed I am strongly considering adding to my land. As you read about this chicken, I wouldn’t be surprised if you will, too.Conservation Status: In Watch Status by the American Livestock Breeds Conservancy.  “Watch” status means that there are less than 5,000 breeding birds in the U.S.Description: Laying Breed Chicken or Dual-Purpose ChickenClass*: AmericanOrigin: United StatesAPA**: 1874Size: MediumCock 7 lbs (3.2 kg)Hen 5 lbs (2.25 kg) 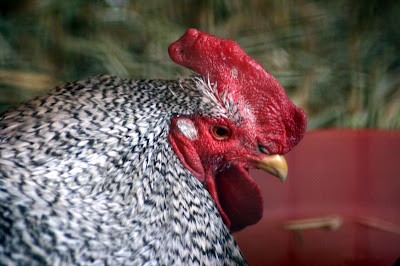 The Dominique’s “rose” comb is small enough to minimize risk of frostbite. 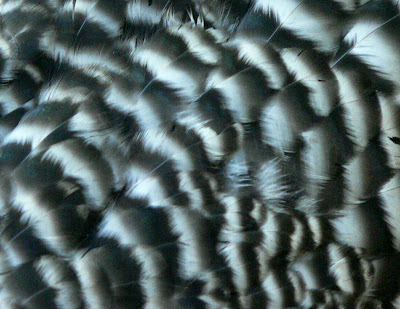 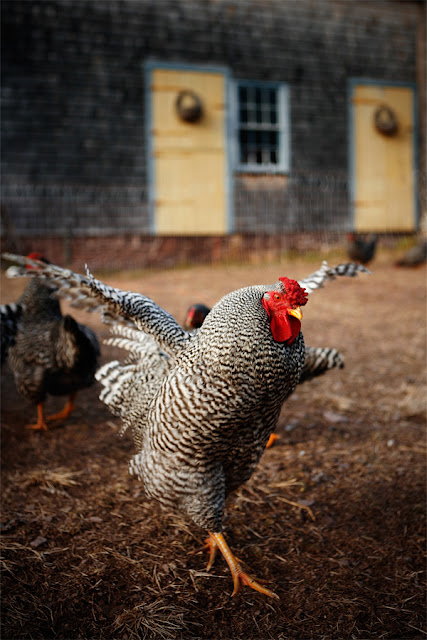 The Dominique was once the country’s primary backyard chicken.

HistoryIt is the first truly American breed of chicken, although the exact origin is unknown. Likely it was primarily European stock that formed the original breeding stock, and over time there was likely some Asian breeds mixed in as well. The Dominique was the primary barnyard chicken in the U.S. for about a century (1830-1930’s), until it was replaced by the Barred Plymouth Rock breed. By the 1950’s, it was thought that they Dominique was extinct; however, there were a few breeders out there who kept the breed alive. A full scale restoration took place in the 1970’s with only four flocks, and today the breed is in a much safer position.The name, Dominique, may have come from the French colony Saint-Domingue (a.k.a. Hati) which was a likely source for some of the original breeding stock. 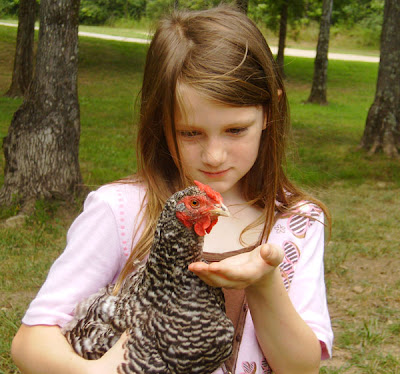 The Dominique’s mild manner is just one of its great attributes.

For more information on Dominique Chickens, check out the Dominique Club of America. 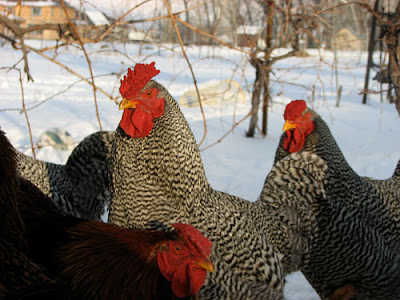 *Note: While there are a number of breeds that have a Bantam (miniature) version in existence, I choose not to discuss them on this site. Most Bantam breeds are show-only birds, and would not be ideal birds for a homestead… and I am not interested in “pets” that take up resources instead of providing for me and my family. There is a lot of very good and helpful information on other sites if you are interested in Bantam breeds.
**APA = American Poultry Association. Founded in 1873, it is the oldest poultry organization in North America.