Can you hear the jackboots marching in the distance? Some Pennsylvania farmers sure can, as they struggle to maintain their businesses and livelihoods in the face of relentless tyranny being waged against them by the state’s Department of Agriculture. A recent newsletter alert explains that Chambersburg, Penn.-based Your Family Farmer was recently ordered by the state to stop selling raw milk, even though no legitimate safety hazard exists.

One of just 10 states where raw milk sales are legal at the retail level, Pennsylvania has traditionally respected the right of individuals to purchase fresh milk and of farmers to sell it. But things appear to be changing following the state’s string of persecution against Amish raw milk farmer Daniel Allgyer, who was raided twice over the course of several years and ordered to stop distributing raw milk. And now it appears as though the state is moving on to its next victim, Your Family Farmer.

As a background, the Pennsylvania Department of Agriculture (PDA) recently falsely accused Your Family Farmer of selling raw milk tainted with campylobacter, a bacterial strain linked to stomach pain, diarrhea and fever. When this accusation turned out to be false, the state came back, this time without any explanation, and simply demanded that all raw milk sales cease until further testing could be completed.

“Two PDA regulators drove on to our farm … again demanding that we halt raw milk sales,” explain Edwin and Dawn Shank, owners of Your Family Farmer, in a recent newsletter alert. “They are NOT accusing us of an outbreak this time, but they are forcing us to stop selling raw milk [until] we complete more testing. The state lab is reporting a positive campylobacter test on our milk.”

The Shanks say a PDA regulator appeared in their office during this same time and demanded samples of raw milk to send away for state testing. The Shanks complied, carefully packing a small vial of milk in ice and overnighting it to a state-certified testing facility. They also sent an identical sample to an independent testing facility to corroborate the findings in case the state decided to once again accuse them of selling tainted milk.

The third-party sample, of course, came back negative for campylobacter. But the state has yet to clear the farm and let it proceed with its business, which is hardly surprising given the state’s track record of aggressively targeting raw milk farmers in recent years. In the meantime, the state has ordered Your Family Farmer to not sell any more raw milk, which not only leaves customers without access to this food, but also hurts the family business.

“This was not the normal time or type of testing that PDA does every month, so I was surprised and asked what was going on,” add the Shanks about their recent encounter. “[The PDA regulator] would not disclose any information why the extra testing [was needed] and adamantly refused to talk about it. He was ‘just doing his job.'”

Fortunately for the Shanks, they sell other products, like eggs, meat and cheese, that can help sustain their business while the state presumably drags its feet in revealing the latest test results. In a worst-case scenario, the state will decide that the samples it collected are contaminated, even though the third-party samples have turned up negative. But the Shanks are trying to stay positive.

“[W]e are trying, with the help of some other very academically respected friends of raw milk and sustainable farming, to open a civil dialogue with the upper levels of PDA,” they humbly explain. “Our family tries exceedingly hard to respect and stay on good terms with them. Yet, at this point we feel we cannot go on without some improved ground rules for better trust and understanding.”

For more information about Your Family Farmer, visit:
http://store.yourfamilyfarmer.com

Sources for this article include: 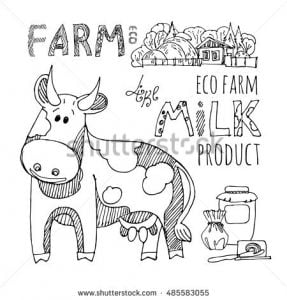