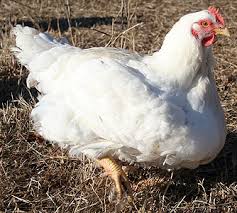 Chinese research reveals that lighting programme can affect the antioxidant status and non-specific immunity of broilers although the birds’ growth was not affected in this study.

A new study conducted by L. Zheng of Zhejiang University and co-authors there and at Wenzhou Medical College and Zhejiang Xinxin Feed Co. Ltd investigated the effects of different lighting regimens on broiler growth performance, antioxidant status and non-specific immunity.

The paper, published in Journal of Applied Poultry Research, describes how a total of 630 one-day-old Lingnan Yellow broilers were randomly divided into three treatments, each with three replicates each (70 birds per replicate).

No differences between treatments in growth performance were found.

Compared with CL, INL significantly increased serum melatonin both at days 21 and 50, especially the INL I treatment. Intermittent lighting significantly enhanced the total antioxidant capability in liver at 21 days and the activity of total superoxide dismutase on day 50 in serum and day 21 in liver was significantly higher than CL.

Additionally, INL markedly increased the activity of glutathione peroxidase both in liver and serum on days 21 and 50, and markedly reduced maleic dialdehyde concentration in liver.