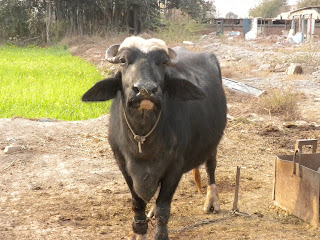 Pakistan situated in Asia having human population of 170 Million with livestock population of 153.300 Million has its boarders with China, India, Afghanistan, and Iran. Historically, it has been among one of the oldest River Civilizations of the world. Tracing back 150000 years as Soan Valley Civilization which is even older than Babilones in Iraq and Egyptian Civilization. The ruins of Indus valley civilization could be seen at Moenjodaro near Indus River Sind which is in South of Pakistan. From its ruins we can see that people in this area were among the most Civilized nations on earth 2500 BC years. Similarly, there is another old Civilization near Harapa just in the middle of Pakistan in Province of Punjab. This is the region which was hub of Gandhara Civilization back in 2nd Century A.D. and Buddhism flourished through out Sub-Continent from this area. The first two persons who adopted Islam in the Sub-Continent were Raja Kanor San and his advisor Mr. Ratan San near River Ganga in Utter Pardesh which now a Village called Khabdi Tshsil Hassan Pure District Muradabad. From the gravestone they adopted Islam during the year 641 AD i.e. 1369 years ago. They saw a miracle of splitting of moon of the Holy Prophet (Peace Be Upon Him). During the 15, Century the Mughals came into Sub-Continent and ruled for more than 100 years. Pakistan has a geographical location which is rich in natural resources. It has 2nd highest mountain peak K-2 in North and highest 8th Nanga Parbat and Gashebrum is also in Pakistan. In the Northern part there are three Glaciers, Siachin, Butura, and Baltora with 75 KM, 58 KM, and 62 KM long respectively. Due to mountain range in North there are 5 main rivers, The Indus 1800 Miles, Jehlum 513 Miles, Chenab 772 Miles, Ravi 560 Miles, Satlaj 964 Miles. Due to its geographical location Pakistan is rich in livestock with Cattle population 33 million heads, Buffalo 30 million, Sheep 27 million, Goat 58.30 million, Camel 1 million, Horses/Asses 4 million. We have 14 percent Buffalo population of the world with highest growth rate of 4.8 % per annum. Average first Calving of Pakistan Buffalo mostly NILEE, NILEE RAVI and KUNDI is 36 months. The milk production is 2168 kg to 5000 kg in 270 days. Average Carcress weight of Buffalo is 138 kg. In Pakistan we get hides ranging from 5ft – 12ft, 12ft – 22ft, 22ft – 32ft, and 32ft – 45ft. Which is used as raw material by tanning industry for various articles? The smaller size is expensive used in shoe industry. Buffalo Hides from 12ft to 20ft are cheaper and mostly used as shoe lining and garment leather. Buffalo Hides of size range 20ft to 32ft is mostly used by footwear industry and Hides above 32ft are the best raw material for furniture industry. Due to its grain structure Buffalo Hides are getting popularity in furniture industry. The Consumption of Buffalo Hides in various articles as compared to Upholstery Leather is given in following bar chart.

All Buffalo Hide processing tanneries are situated in the Province of Punjab near Lahore, Kasure, and Sialkot. All Hides picked from Slaughter Houses and Hide Markets are not of top grade.

Gradewise percentage of Buffalo Hide is as under:

In Buffalo Hides we get more top grade as compared to Cattle Hide. The major reason for this is that Buffalo in Pakistan do not have Warble Fly disease.

In Pakistan the Leather Sector Contributes 6% to GDP and is number-2 export earning industry after textile with an annual export of about US$ 1 Billion per annum. There are 800 tanneries in the Country and global ranking of Leather Sector is as under:-

The Global Share of different Sectors is as under:

Leather Industry is providing jobs to 500,000 people in Pakistan

l) Reports compiled by the University of Veterinary and Animal Sciences.