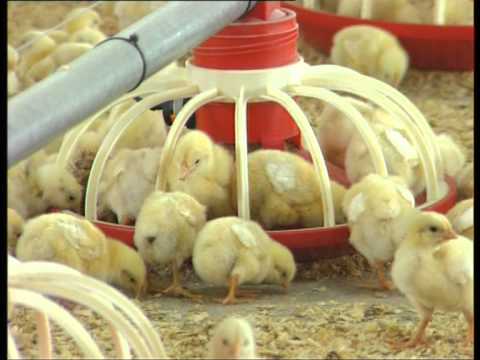 PAKISTAN – The country’s poultry farmers have been hard hit in 2013 by high feed costs and chicken prices governed by market forces that see production costs above income almost all year round, according to a local industry expert.

In last 50 years, outgoing year 2013 has proved to be the worst year for poultry industry as average sale price of chicken during this calendar year remained 15 rupees (PKR) below the cost of production, translating into total loss of PKR30 billion to the industry, reports The Nation of Pakistan.

Poultry industry stakeholders revealed that average sale price of the whole year of poultry products is always higher than the cost of production by at least PKR1 to PKR2, which is essential for the survival of business. However, the calendar year 2013 proved to be unfortunate for the poultry sector for the first time in the last 50 years, inflicting loss of more than PKR15 on sale of one-kilo chickens on average. Hence, the total loss mounts to around PKR30 billion on sale of one billion birds or two million tonnes of chicken meet, they observed.

Industry experts said that poultry sector is unable to pass on ever-soaring cost of production to the consumers. Rather, the industry survives by enhancing its efficiency through technology advancement.

On the contrary, chicken rate increased by just 416 per cent since 1993 from PKR50 per kg to PKR208 per kg – the least inflationary jump compared to all other food items.

Pakistan Poultry Association former chairman and noted industry expert, Abdul Basit, said that poultry products are sold below price of their original cost during eight months of the year. When chicken prices start to go upward during the rest of four moths, then industry is able to compensate its losses incurred throughout the year.

He said that government, instead of controlling fuel price or seizing power tariff hike, makes wrong propaganda against poultry farmers, who have contributed a lot to control ever-soaring inflation in the country.

Replying to a question regarding present high trend of poultry rates, he said that poultry rates have not been increased as fast as other foods over the last 20 years.

The Nation reports that, according to the figures compiled by the Economic Survey of Pakistan,  chicken prices must have been around PKR271 per kg considering the inflationary trend of last 20 years in Pakistan. Poultry products have been resisting inflationary trend, as they never go up as other products register hike in their rates due to high inflation.

Mr Basit told the newspaper that that the farming community – including poultry farmers – are the most oppressed and vulnerable group, as they cannot fix the prices of their produce according to their cost of production. They are totally dependent on market forces, as against the manufacturers and dealers, who have full authority to set the price of their goods based on cost of production and other duties, he added.

Strongly protesting against severe power breakdowns particularly in rural areas, poultry industry stakeholders said the poultry sector has to install two types of heavy generators; one operates in the absence of electricity while other is stand-by generator. Owing to prolonged power breakdowns, generators also failed to operate and run at maximum 60 per cent of their capacity, costing as high as PKR45 per unit, they claimed.

Abdul Basit, who is also chairman of Bigbird, said that due to three times hike in cost of production along with unmanageable ventilation system in climate-controlled sheds even in winter, which may lead to the loss of the whole poultry stock, almost 30 per cent of farmers have shut their businesses temporarily, as they cannot take the risk of colossal losses. This also causes a sharp reduction in poultry stocks, lifting their prices. However, the prices can be cut by up to 25 per cent by just providing continuous power supply to controlled sheds, he said.

He said that poultry prices fluctuate only because of demand and supply mechanism. It is a perishable product as there is no storage facility in the country. Once the bird is ready on the farm, it has to go to market and be sold, regardless of the prevailing price of the product on the open market. Thus, no individual can fix the price of chicken meat.

Most of the year chicken prices remained less than cost of production, according to Mr Basit. For only for few months in a year, a farmer gets a premium which compensates his previous losses that is how the year average price becomes viable for a farmer to continue his work.

Soybean meal is the major and essential vegetable protein source for poultry feed, which is not produced locally and all of the country’s requirements have to be imported from India, adding to the overall production cost.

Mr Basit told The Nation that poultry feed accounts for 70 per cent of chicken cost and feed comprises 60 per cents grains.

Because of all above factors, he added, there is lot of fluctuation in prices but the average chicken price is always in the reach of common man. Sometimes, it is cheaper than vegetables and pulses.