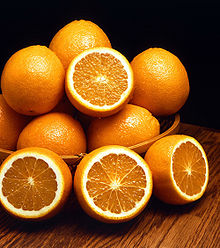 Plants bend toward many adaptive strategies in response to different abiotic stresses such as salinity, water stress, cold, heat etc. which ultimately affect the plant growth and yield. Among these stresses, salinity is the most injurious which limits the plant growth and productivity. To cope with these stresses, plants modify themselves by different mechanisms including changes in morphological, physiological and biochemical processes.

Salinity is the build up of soluble salts by which saline soils are formed. Salinity may be due to many reasons but some of the adverse effects of salinity have been attributed to increase in chloride and sodium ions in different plant organs especially in citrus, hence these ions create the critical conditions for plants survival by intercepting different plant mechanisms. Sodium and chloride which are the major ions, which cause many physiological disorders in citrus, but chloride is the most dangerous because NaCl liberates almost 60% more ions into the soil solution than Na2SO4. Excess of these salts also enhances the osmotic potential of soil matrix as a result of which water intake by plants is restricted. Due to the accumulation of Cl-, relative salt tolerance has been linked to plant growth water use efficiency and transpiration. Increasing the concentration of NaCl in the nutrient solution reduced growth proportionally and altered leaf and root mineral concentration of all citrus rootstocks.

Salt affected soils are often observed in natural environmental conditions. Salinization of underground water resource is another major problem affecting the agricultural productivity. It is very important to sustain the soil fertility and quality of water resources to fulfill the food, feed and fiber demand of ever-growing population of the world. Salinity limits the production of nearly over 6% of the world’s land and 20% of the irrigated land (15% of total cultivated areas) and adversely affects agricultural production throughout the world.  In Pakistan, a loss of about 20 billion rupees (350.88 million US$) annually has been estimated from the salt-affected irrigated areas of the Indus Basin on account of decrease in crop yield. Many fertile lands are converted into salt affected ones because of poor management practices e.g. irrigation with underground brackish water. Salinization of good arable land in Pakistan is creating a problem with immense socio-economic losses. The loss of excellent natural resource is another problem, because the population depends for its livelihood on these lands, which are gradually dwindling through the spread of salinity.

Citrus is a leading fruit crop of Pakistan. According to Swingle and Reece (1936), the genus citrus, member of family Rutaceae in plant kingdom, is a rich bounty of edible fruits of different species like mandarin (C. reticulata Blanco), oranges (C. sinensis L. Osbeck), grapefruit (C. paradisi Macf.), lemons (C. limon L. Burmf.) and limes (C. aurantifolia Swingle) with minor categories like tangerine, pummelos (C. grandis Linn.) and tangelos (Mandarin × Grapefruit). Citrus importance in agriculture and world economy can be estimated by its wide distribution and large-scale production.  It is economically very profitable fruit and is grown in more than fifty two countries of the world. . In Pakistan, it is grown on an area of 192.7 thousand hectares with annual production of 2459.5 thousand tons.  In spite of having good climate for citrus production, the average yield of citrus in Pakistan is too low as compared to other citrus producing countries of the world. Excess of salts in our citrus growing areas is the major reason for low average yield; on the other hand we are growing salt sensitive citrus rootstocks that are lacking salt tolerance potential.

In saline environment, plant growth is affected by complex interaction of hormones, osmotic effects, specific ion effects and nutritional imbalances, probably all occur simultaneously. In citrus, it affects the leaf growth, photosynthesis, mineral nutrition, stomatal conductance, transpiration, water and ion transport and increase in sugars, amino acids and different ions along with acute effects on fruit size, shape and quality. Salinity in citrus induces symptoms such as non specific chlorosis, stunted leaf size and impaired shoot growth. All the citrus rootstocks vary in their ability to face excessive salts.  They however, adopt different mechanisms to adjust the osmotic and ionic imbalances caused by salt stress. These mechanisms include osmotic adjustment by accumulation of compatible solutes such as Proline, Glycinebetaine and Polyols. Proline accumulation is known as the adaptation of salinity and Glycinebetaine is one of the most abundant quaternary ammonium compounds produced in higher plants due to salinity.

Pakistan’s citrus industry is subjected to decline because of utilization of underground brackish water for irrigation. Our canal system can not fulfill the farmer’s irrigational requirements. Therefore, to execute the irrigational needs, our farmer pumps out the under ground brackish water and uses it for irrigating their fields and orchards. On the other hand, addition of effluents to canals makes it more salty and unfit for irrigation.  Most of the horticultural crops especially citrus grow only under conditions of low soil salinity and can not face higher concentrations of ions like Na+ and Cl- in soil solution that limits the  nutrient availability to. Salinity results in the accumulation of different ion ratios like  Na+/Ca2+, Na+/ K+, Ca2+/ Mg2+ and Cl-/ NO3- and these ions are the top most cause of plant destruction due to salinity. As a result, plants observed osmotic and specific ion injuries as well as nutritional disorders that induce reduction in yield and quality. So there is an urgent need to develop and identify the salt tolerant citrus rootstocks and advanced methods for their propagation to get homozygous mass production of salt tolerant citrus rootstock plants within short period of time, so that we might be able to feed growing population of Pakistan.

Rootstock in citrus plays a key role for better growth and production, so in this way rootstocks can provide great support to sustain the citrus industry and country’s economy. It provides the good root system to plant and ultimately good vigor and satisfactory yield. It is only the rootstock that fights against all the dangerous and unfavorable factors of soil that limit the plant growth and development. Unfortunately, our citrus grower does not know about salt tolerant citrus rootstocks. Most of them are growing old salt sensitive rootstocks that ultimately result in less growth and ultimately reduced citrus yield.