Growing blueberries is a task that requires attention to detail. This is especially true if your goal is to propagate new plants and thus increase your chances for a bountiful harvest of blueberries over the course of the growing season. At times, these methods of blueberry propagation will involve using cuttings from an existing plant. In other situations, the process will include the removal of a function of the root system of a thriving plant in order to cultivate more blueberry bushes. 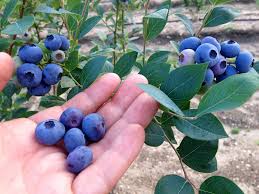 One of the more common approaches to blueberry propagation is known as dividing the root, or simply root division. This process calls for observing the development of new shoots along the base of one of your existing bushes. When these shoots reach a certain stage of development, they already have a viable root that is still attached to the root of the mother plant. Your task is to successfully separate the shoot and its new root system from that of the host.

A second method of blueberry propagation involves preparing the mother plant to produce additional shoots that can be harvested at a later date. This is managed by removing old canes from the outer area of the plant. Ideally, this is done after the last big frost in the spring, and when the plant can look forward to relatively warm weather. As the new shoots develop, care for them by piling a small amount of soil directly around them, taking care to not cover any leaves that are developing along the shoot. Keep the soil moist, but not loaded with liquid.

Over time, your efforts are blueberry propagation will produce a new crop of shoots that can then be gently removed from the host, and allowed to grow into full fledged bushes in their own right. By repeating the process of severing the connection between the two root systems and taking the time to plant the shoot in the right location, you continue the cycle of cultivating new plants from one season to the next, with relative ease.

Blueberry propagation is something that any enthusiast can enjoy. However, it is important to remember that cultivating blueberries requires the right soil, the right amount of sunlight, and a great deal of patience. Before attempting to launch your own collection of blueberry bushes, make sure you have the right location and the right type of soil to achieve the desired result.

Career and Scope of Agriculture in Pakistan