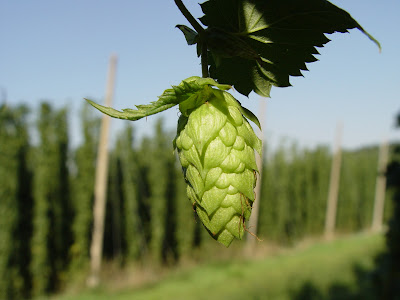 Hops… the favorite vine of brewers! 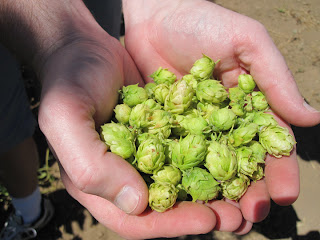 The flower clusters are called cones.

Description:Hops are twining perennial climbers that are fairly drought tolerant. The female plants produce flower cones (also called hops) that are used to provide bitterness and preservation to beer. There are a number of full sized and dwarf varieties, and as a homebrewer of beer I plan to grow quite a few varieties when I finally get the chance. 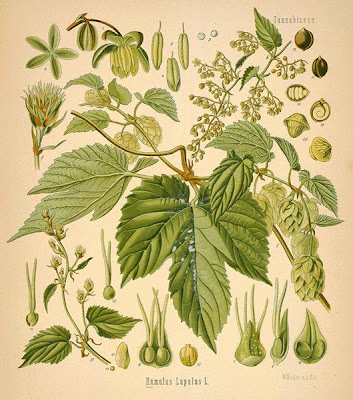 History:The first documented cultivation of hops was in 736 AD in Hallertau region (part of Bavaria) of Germany. Hops have been growing here ever since, and close to one quarter of the world’s hops are now produced in this area. However, in the first century, hops was not a prime beer additive. Over time, in spite of legal battles and elitists’ bans on the plant, hops eventually became the primary bittering agent and preservative in beer. It was first grown in the U.S. in 1629. 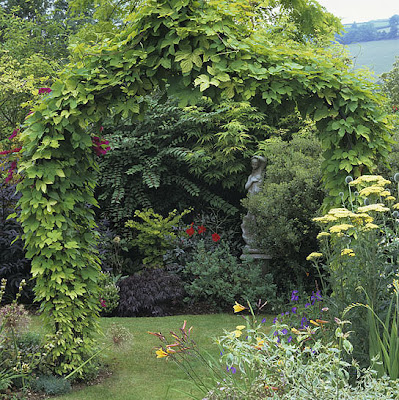 A hops arbor growing in a well manicured garden. 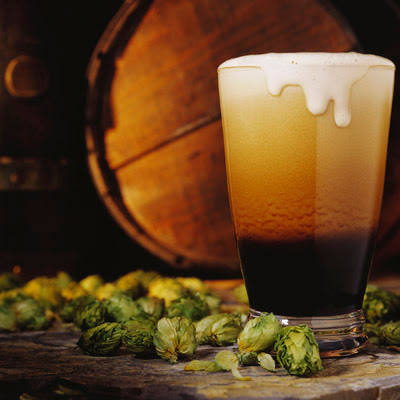 Do I really need to give more motivation?
USING THIS PLANT

Yield: Varies greatly on the variety and growing conditions.Harvesting: Female cones are harvested in autumn.  Bloom to harvest is about 40 days.Storage: Unless used immediately, drying is the best method for preservation. Once dried, hops can be stored in a sealed bag (as close to vacuum as you can get it) for many months. This can extend the brewing potential of home raised hops. 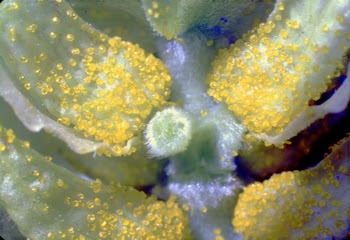 Resins of the hops flower (the yellow globs) contain the alpha and beta acids.

DESIGNING WITH THIS PLANTUSDA Hardiness Zone: 4-5Chill Requirement: Likely, but none documented that I could findPlant Type: Large herbaceous vining/climbing plantLeaf Type: DeciduousForest Garden Use: Vertical Layer (Vining/Climbing)Cultivars/Varieties: Many varieties available. Pollination: Hops are dioecious (male and female plants). You only need one male vine for a number of female plants if you are interested in propagating from seed; however, this is rarely done.Flowering: SummerLife Span:Years to Begin Bearing: 2-3 yearsYears to Maximum Bearing: 3-4 yearsYears of Useful Life: No good information found 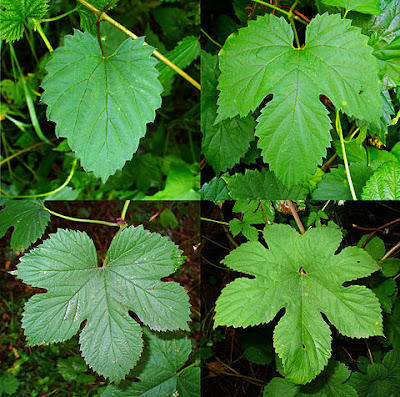 The development of the Hops leaf… becoming more complex with age. 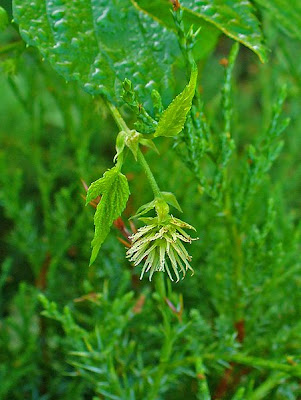 The start of the female flower cluster… known as the female inflorescence.

PHYSICAL CHARACTERISTICS OF THIS PLANTSize: 15-30 feet (4.5 – 9 meters) tall and wide; some dwarf varieties exist that are about half this sizeRoots: Rhizomatous – underground stems that send up shoots and down rootsGrowth Rate: Medium to Fast depending on the variety 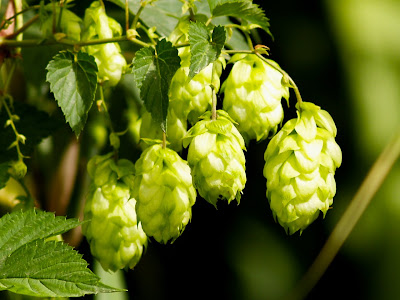 Light: Prefers full sunShade: Tolerates moderate shadeMoisture: Medium moist to drypH: prefers fairly neutral soil (6.1 – 7.0)Special Considerations for Growing: Hops has been grown commercially for a long time, so there are some very specific ways in which it is grown to produce maximum yields, make harvesting easier, make treating pests easier, and make the most money… however, if you plant hops in a Forest Garden setting, then you can pretty much plant it is a sunny, well ventilated location with a structure/support to grow, and leave it be! Martin Crawford, world expert on forest gardening, recommends growing hops on the south side of large, non-fruiting/nut trees like the nitrogen-fixing Alders. This allows nitrogen for the fast growing hops, structure for the hops to climb, but does not inhibit yield of a high production tree. Brilliant!Propagation: Root cuttings, division (in Spring), or layering.  Rarely grown from seed as it will not produce true to type… meaning, plants grown from seed will produce plants with very different flower characteristics.  Since the flowers of specific varieties are used to give distinct flavors and aromas to beer, then growers usually want these characteristics preserved… hence the aforementioned propagation methods.Maintenance:Minimal once established. Some forest gardeners will leave the old stems as a trellis for new growth.Concerns:Poisonous to dogs – results in hyperthermia, seizures, and death.Some people can develop dermatitis (skin irritation) while picking the hops.Sprawling vigorous growth can overtake some areas if not kept in check or planted with the growth in mind. 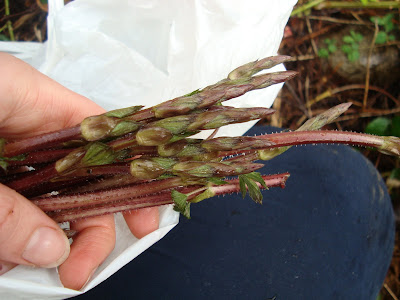 Young hops shoots collected in the Spring can be treated and eaten just like asparagus.