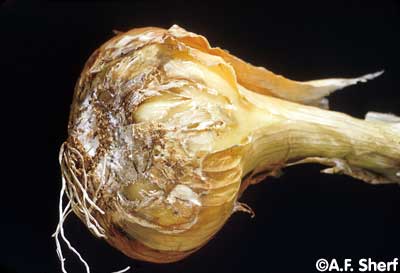 Onion is an important bulb vegetable crop, commercially grown in many countries of the world including Pakistan. Onion is being used as a raw and given protection to human beings from sun stroke, normally is consumed green as well as in mature stages almost by every one (poor as well as rich people), by different mean. The crop is of importance in such a mean too that increased production earns foreign currency through export and in case of shortages onion is imported by spending many million rupees.


According to ‘Agricultural Statistics of Pakistan 2004-2005’, onion was cultivated on 55.4 thousand hectares and produces 633.1 thousand tons during 1987-88, which increased up to 127.8 thousand hectares and 1764.9 thousand tons during 2004-05, respectively. The similar source also reported 11.4 to 15.0 tones as average yield per hectare (Table), which shows fluctuation in per hectare yield from 9.2 (Sindh) to 20.1 (Balochistan). This fluctuation may be due to several constraints that affect onion yield adversely in our country, which may includes the use of low quality seed, imbalanced fertilizers, and uneven irrigations; and above all, attack of various insect-pests and diseases.

Ahmed and Khan (2002) developed an Integrated Disease Management Model (IDMM) for control of onion downy mildew, which included the testing of NPK fertilizer 120:90:60 kg ha*1, plant population 0.5 million plants ha*1, 8 irrigations/season, fungicide Ridomil @ 250 g 100 L*1 plus Antracol/Dithane M-45 @ 200/300 g 100 L*1 and herbicide Ronstar @ 5 ml L*1. This model reduced the Area Under Disease Progress Curve (AUDPC) and increased substantially bulb size (cm) and bulb yield (t ha*1) by 3.7-4.1 and 20.3-28.2%, respectively. The multi location testing of IDMM proved its superiority over FOPs in minimizing the disease attack and improving the crop yield. Blue mold caused by Penicillium sp. appears at harvesting or in storage. The first symptoms appear as water soaked areas on the outer surface of the scales. A blue-green powdery mold will develop on the surface of the lesion. In advanced stages of the disease the bulb may become tough and rubbery or a soft-rot may develop due to action by bacteria that may invade tissue affected by blue mold. The fungus commonly grows on dead material and invades onion bulbs through injuries, bruises and uncured neck tissue. Optimum conditions for disease development include high relative humidity and temperatures of 70O

Only avoid wounding the bulbs at harvest and storing below 42OF temperatures is recommended.

Stemphylium Leaf Blight of Onion caused by Stemphylium vesicarium (teleomorph: Pleospora allii), initially produces small, light yellow to brown, and water-soaked lesions on the leaves and leaf sheaths. As the lesions expand, they coalesce, causing extensive blighting of the leaves. Typical lesions are found in higher numbers on the side of leaves facing the prevailing wind. The centers of lesions turn brown to tan, then dark olive brown and finally black as the fungus sporulates. Sometimes fruiting bodies called perithecia may appear in infected tissue as small, black, pinhead-like raised bodies. Infection is usually limited to leaves, and does not extend down to the scales of the bulb. The fungus normally invades dead and dying onion tissues. Severe damage can occur on healthy leaves during warm weather when leaves are wet for more than 24 hours.

Rotation with non-host crops, maintaining good air movement around foliage is suggested. The growers can also use proper fungicides.

The problem needs research for solution.

Root knot nematode (Meloidogyne hapla, M. incognita, M. javanica, and M. chitwoodi) feeds on the roots, results stunting and reduced stand and produces characteristic galls on roots. Galls induced by M. hapla are generally small and difficult to see, whereas galls produced by the other root knot species are larger.