One of the biggest – but most easily debunked – lies we’ve been told about GM agriculture is that the technology is necessary to feed a steadily increasing world population. 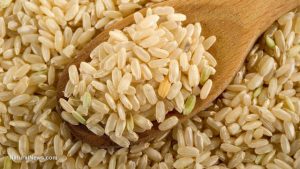 Monsanto and other GM agriculture companies would like for us to believe that their methods increase crop yields and are therefore essential in fighting world hunger, but it simply isn’t true.

Many people who might otherwise be skeptical about GMOs have been led to accept the idea that the supposed increase in yields justifies the widespread planting of GM crops, so they tend to overlook the dangers associated with the technology.

But there has been no real increase in crop yields due to GM agriculture – in fact, the opposite is often true, when all factors are taken into consideration. Not only are the yields from GM crops typically only marginally larger than those from conventional farming methods, but the technology actually damages nearby crops, thereby decreasing regional yields.

The use of the herbicide glyphosate – a key component in GM agriculture and a carcinogen, to boot – is a threat to non-glyphosate-resistant crops, so in many cases the technology causes a negative overall effect on potential crop yields in a given area.

“Even the US Department of Agriculture (USDA), which is often dominated by agrochemical interests, released a report that showed there was no increase in yield potentials for GM crops over the past 15 years. In addition, the majority of GMOs grown aren’t even used to feed hungry people.”

From the Union of Concerned Scientists (UCS):

“Contrary to myths about the superiority of GE crop yields, most yield gains in recent years are due to traditional breeding or improvement of other agricultural practices … genetic engineering has failed to significantly increase U.S. crop yields.”

And contrary to GM agriculture propaganda, the key to increased yields may actually lie in the refinement of organic farming techniques, as Indian rice farmers are now proving in that country’s rice fields.

In India, where GM agriculture has proven to be a huge disaster, driving many farmers to suicide over debts to GM seed companies after the technology failed to deliver the promised yields, many farmers are turning to organic methods – and with astonishing results:

“In Bihar, India, farmers are breaking world records for rice production without agrochemicals or GMOs. In 2013, Sumant Kumar and his family produced an astounding 22.4 tons of rice on only one hectare of land, much more than anything achieved by GM seed companies and their expensive herbicides,” Anonymous noted.

The secret to Kumar and other Indian rice farmers’ success is a new organic rice growing method called the System of Rice Intensification (SRI). This breakthrough approach uses different techniques than those of conventional rice farming, including the wide spacing of young rice plants in a square pattern, and avoidance of the traditional method of flooding rice fields.

With the SRI approach, the rice fields are kept moist rather than being flooded, and are fertilized naturally instead of with expensive chemical fertilizers. Rotary weeding is also used, and the end result is greater yields through an approach that also allows farmers to adapt to increasingly unpredictable weather patterns.

The success of the SRI method is proof that organic farming, when properly managed, can produce far greater yields than GM agriculture, and at a lower cost – both in terms of money and damage to the environment – not to mention human health.

The GM agriculture industry is based on lies and greed. If we truly want to feed an increasing world population without endangering ourselves and the environment, organic farming offers the only real solution.