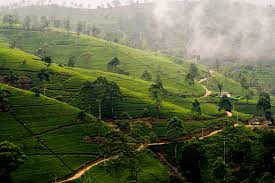 Although the soil water can not be demarcated, yet for the sake of under standing, and as per utility of that water to plants, it is mainly classified into three categories:

Hygroscopic water is not available to the plant and agriculturally it has no importance.

The capillary water is that water which held in the soil in excess of hygroscopic water, but is upto the point where the gravity pull begins to move the water downwards when fee drainage conditions exist in the soil.

Capillary water is rather lossely held water (from 31 atm, to 1/3 atm tension) and it moves more slowly than free water; it can move in any direction, but always in the direction greatest tension.

When all the pores, large and small are filled, the soil is to be saturated that is at its maximum retentive capacity.

Water Conservation in the Pakistan