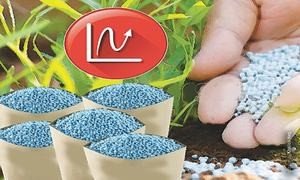 AS the wheat-sowing season approaches and international prices of the commodity drop, the federal and two provincial governments are in a quandary.

They are trying to determine whether to increase or continue with last year’s support price for the crop — which may further annoy the already jittery farmers in the months when local bodies elections are to be held in Punjab and Sindh.

Unfortunately for farmers, the variables determining domestic wheat prices are against any increase. The country has huge stocks, with Punjab alone holding some 5.2m tonnes that are sufficient to cater to its needs even for next year. Only six months are left before the fresh crop arrives.

With normal releases of 400,000-450,000 tonnes a month, around 2.4-2.7m tonnes would be sold, leaving carryover stocks of almost the same quantity for the next season, with huge financial and administrative costs.

The Pakistan Agriculture Services and Storage Corporation (Passco) and Sindh are also holding around 2.6m tonnes, taking the current domestic tally to close to 8m tonnes.

Coupled with this domestic glut is the exceptional drop in international prices. The Ukrainian wheat, which local millers normally import for blending, has dropped to $170 per tonne, including freight charges till the Karachi port. This imported grain costs Rs17 per kg against the Pakistani price of Rs32 per kg. Even if 50pc import duty is added, it will still cost around Rs25 per kg.

Punjab government officials had promised the protesting farmers of finding ways to clear the outstanding stock or induct official agencies to procure commodities at rates much higher than those in the market.

However, in a meeting at the finance ministry last week, Punjab was informed of the federation’s inability to clear the stocks. Sharing the meeting’s details, Punjab Law Minister Rana Sanaullah (who had participated in the negotiations with farmers), told the provincial assembly that “neither the provincial nor the federal government has the kind of money to first procure and then subsidise the export of agricultural commodities. We are in a fix, but are trying”.

If the federation increases the wheat support price at this stage, it knows that it would be risking huge financial and political costs. With cotton prices already down almost 40pc, the farmers would be quick to terminate the crop and go for sowing wheat, which, even in these uncertain conditions, remains a relatively safer bet for them. In the case of wheat, it is easier to press the provincial governments to procure the crop.

That is why the market price of wheat has never dropped beyond 10-15pc below the support price, whereas rice has lost 50pc and cotton roughly 40pc. So, the farmers would go for wheat in a big way if its support price is increased, and the government would not be able to even deal with a normal wheat output, let alone a healthy or a bumper crop. The increase in the support price would certainly add to food inflation.

These factors almost foreclose the option of increasing the support price, at least for this year. But the rising cost of production, which brought farmers on the streets, needs sympathetic government consideration.

The cut in agricultural input prices provides the safest and most cost-effective option to facilitate farmers. Of the three major inputs, diesel prices have already come down substantially because of the drop in global crude prices. This slide has also given the government the space to bring down electricity prices — at least for farmers. The duty on pesticides has already been slashed substantially.

That leaves fertiliser, which is virtually turning the farmers’ budgets upside down. While the federation and Punjab have both announced subsidy packages of Rs20bn and Rs15bn respectively, such subsidies never reach the farmers.

A better option will be to relax fertiliser-related taxes because of the input’s universal application by growers. And the government should then ensure that fertiliser prices are reduced correspondingly.