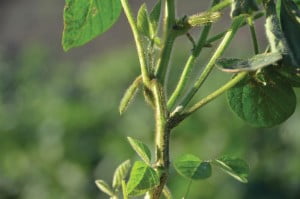 Farmers know well the issues that can arise with their crops. One of the biggies is insects eating plants. What’s interesting, though, is that recently more studies are being done on how plants communicate with and to the environment around them. While research on plants has been happening for thousands of years, says Dr. James Cahill, a professor in the Department of Biological Sciences at the University of Alberta, it’s only in the last five to 10 years that the ways in which plants are viewed and understood have started changing.

“We used to just see plants as things in the environment that we could manipulate and that stuff happened to, they were essentially fixed features. But what we realize now is that they’re active participants in what’s going on. They don’t do it with a brain, or with muscles, but they have diverse behaviours and interactions that are really fascinating. We’re still just discovering what they’re able to do.”

What do we know?

So what’s currently known about how plants communicate? Plants can communicate with several different kinds of organisms, says Cahill. “They talk to other plants, they can talk to parts of themselves, and they can talk to insects, and fungi and bacteria.”

The way plant communication looks, though, is much different than how humans communicate. While humans use body language, words, and visual cues to communicate, Cahill says plants communicate largely through chemicals they contain and sometimes emit. Some of these chemicals stay inside the plant — and if an insect eats that plant the chemical is transferred to the insect and acts “as a deterrent” against further assault.

Other chemicals, which are called volatile chemicals, are emitted by the plant into the environment around it as a form of communication, says Cahill. A classic volatile chemical that humans smell all the time is gasoline — we smell it so we know it is there.

When a plant emits a chemical signal, other organisms respond to it. A classic example, says Cahill, is when an insect attacks a plant. When this happens, sometimes a plant can “change its chemistry and send out a signal that is not necessarily sent out when an insect isn’t attacking.”

What’s really interesting here is that nearby plants — if they’re able to detect the new smell — realize that “there are enemies in the area” and they can up their own defense mechanisms. Cahill says this type of plant-to-plant communication is very common.

The pollination process is just another form of a volatile chemical signal being emitted into the environment around it. Flowers are built to attract pollinators, says Cahill, and what’s really interesting about this process is that “once the flower gets pollinated, the smell of the flower actually changes, while other flowers will still smell the same way.” It’s a way that the plant preserves energy once it’s already “gotten the sex benefit it needs from that insect.” In effect, “plants are able to hide the flowers that have already been pollinated, so pollinators avoid them.”

At the farm level

All of these relatively recent findings about plant communication could have impacts on farmers and farming practices down the road. New research published in the Journal of Chemical Ecology found that, in communication going the other way, from insect to plant, a caterpillar that eats corn leaves has figured out a way to get the corn to lower its defenses against its attack.

Further probing along these lines, researchers think, could result in the creation of an organically-based pesticide that would help plants resist these types of attacks, as just one example of the lines along which plant research is moving.

Cahill thinks the question to ask right now in terms of farming is, “What might this all mean in the agricultural system over time?” Historically, breeding programs haven’t focused on chemical signals that plants emit or use; instead, they’ve focused on things like plant height, as just one example. But there are studies underway these days that seek to use the chemical signals of plants to increase or even just sustain yields, says Cahill.

One example is researchers working with crop species to try to get them to emit the signal to attract the predators that are eating the plants. That way, rather than using more pesticides, “it could be a natural way to decrease the insect outbreaks because of the increase of good insect on those crops,” says Cahill. Other research could look at how plant signals might be used to help to decrease weeds in the field.

Overall this kind of research looks at modifying the behaviours of the plants in order to “increase yield or gain,” and that’s very possibly good news for the farm system, especially as resistance to herbicides increases, says Cahill.

It’s important that farmers have a variety of choices so that every farmer can choose what would work best to manage weeds and pests in their own fields. “It’s an exciting time in plant research and it will mean change for agriculture in a positive way.”