Presently, world population is predicted to grow 10.5 billion by 2050 which will increase burden in food insecurity by 70% in order to fulfill the food thrust. According to the UN Food and Agriculture Organization (FAO) about 1.3 billion tons world and 20 million metric tons food wasted by Sub-Saharan Africa in each year, valued US$ 4 billion. Most of the developing countries cereal grains such as maize, rice, wheat, sorghum and millet are the fundamental food. Wheat, Rice, Maize, sunflower, pigeon pea and 13 other crops are often cultivated by the farmers of northern and Central America but the maize is most important which is being stored mostly.

Today agriculture production is a critical challenge for world that can be ensure through sustainable agriculture and pest management in post-harvest preservation. Post-harvest loses can be overcome by focusing on different storage preservation techniques such as packing materials that is being used locally is not too reliable.

According to latest estimation about 795 million people about one-ninth of the world population was treated with undernourished food in 2014-16 and 2012-2014 reports show the post-harvest loses were above 40% in both east and west Africa. In addition to this, Pakistan has faced about 4.5% food losses during the years of 2014-15. Hence billions of dollars are invested in different fields to minimize these losses every year.

Thousands of years ago Egyptians preserved food in different types of storage structures such as metal and concrete silos which don’t control humidity and temperature, although, it also increase humidity concentration which requires for mold and other microorganisms. There are also many other ways used to preserve the grains by digging the pits under the ground for short time. They also store grains on the ground which is cover with animal dung. But all these techniques are not suitable for storage of grains because it allows the air to pass through it.

For this purpose, existing technologies are not safer for the edible commodity because chemicals have very harmful effects on human health and numerous of species are reported against much of the chemicals which can bear the effects of pesticides by producing immunity. On other side many insects were reported against many chemicals so with the passage of time alternative chemicals were used but they are also performed same effects. So we should adopt other safe ways to minimize post harvest losses.

Now scientists has innovated the Purdue Improved Cowpea Storage (PICS) technology which is very effective and pesticide-free technology to store the grains for a long time without any infection of stored grain insects. It involves triple plastic bags, outer most of polypropylene, between two bags is made of polyethylene and 3rd one is inner most bag highly polyethylene which designed to protect the grains for at least one year storage. These bags are very effective in warm and humid atmosphere by maintaining constant environment against outer and inner environmental conditions.  Currently, many developed countries including USA, China, Japan, Australia and many others developed countries using this technology to preserve different food products; wheat, maize, rice, cowpea and a wide range of pulses.

The basic principle reaction in hermetic bags (PICS) is the self-promoting biological conversion of the oxygen (O2) contents into carbon dioxide (CO2) in bags. In gastight bags, chemical composition of internal atmosphere change due to biological activity of both insects and seeds. The result of this reaction oxygen concentration rapidly decreases and at the same time carbon dioxide level increases which change the aerobic conditions into anaerobic condition and create suffocation in sealed environment. The advantage of this not only insect pests but mold also can be controlled by developing suffocating environment.

A developing population contains all stages of the insects including eggs, larvae, pupa and adults that are impossible to control by existing technologies. In addition to the resistant insects can also tolerate the chemical effects of insecticides by creating diapauses conditions and remain inactive until chemical effects reach to bearable level. Instead of chemicals, gasses have very great penetration capacity into the tissues of seed and in the body of insects which breaks the tissues and kill the insect. So in all aspects triple layered bags are best for domestic and commercially uses. 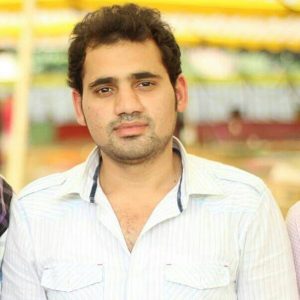