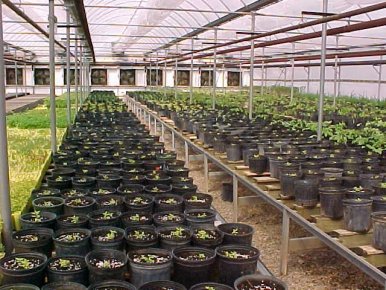 A seedling is young plant saprophytes developing out of plant embryo from a seed up to one metre of height and the term seedling production is the production of seedlings for a certain purpose, especially plantation. The scope of seedling production has been brought by various issues on environmental protection, forest production, tree improvement, ecosystem balance, forest regeneration and many other programs. To fulfill the demand and objective of plantation, there are several techniques and procedures of seedling production developed by experiences and researches on it.

Appropriate site selection, site preparation, quality seed collection, seedlings establishment, storage, protection, management and supply are the components of high seedling yields. Use of efficient machines and strong supervision by experts has wide scope in it.

Mostly seedlings are produced in a nursery either from seed or from vegetative parts. During the plant production, nursery should be established in which beds are prepared for seed sowing and germination of seeds, root-shoot cutting, etc. For very minute seeds, a seed tray for seedling production is prepared filled with different media such as coarse sand, fine soil, forest soil, etc. Sometimes, plastic covered shade house or green house is constructed, where seed trays are placed and seeds are sown in tray for quick germination because there are humidity and temperature controlled. After germination when seedlings gain height or form of 2-4 leaves, they are picked out and transplanted into poly bag or in other type of containers. Overhead shade is provided for root and shoots’ setting and to gain resistance and gradually seedlings become hardened, overhead shade is removed when plants are ready to transplant.

Care and Handling of seedling

From the time you receive your seedlings until they are planted, proper care is vital to maintain their healthy condition. Remember, seedlings are perishable. So, it’s the best to plant them as soon as possible once you have received your order. Here are a few seedling care and handling tips to keep in mind: