These often brightly colored, fast flying insects are well known and easily recognized. Dragonflies and damselflies are medium to large insects with body lengths ranging from 15-120 millimeter’s. They are often seen flying rapidly over streams and lakes or through gardens at dusk, often following regular flight paths every day.

Dragonflies and damselflies can be recognized by the following features:

Comparison between dragon and damselflies through image. 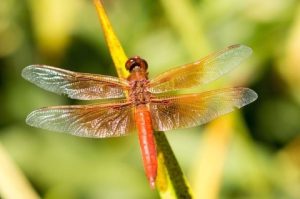 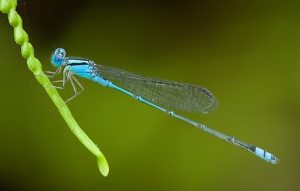 Beneficial aspects of dragaon and damselflies

Odonates spent a portion of their im-mature life and adult life in aquatic environment. They give us valuable information about aquatic ecosystem. The presence of naids (aquatic im-matures of Odonates) in the water is the sign or show that the water have the availability of oxygen. However odonates (dragon and damselflies) are sensitive towards pollutant environment such as which contain residues or amount of pesticides. So it means the aquatic environment where odonate naids are present contain abundant amount of oxygen without pollutant environment that contain pesticide residues.

The commercial aircrafts are designed somewhat according to the designs of odonates. The Aeronautical Engineers have studied the aerodynamics of dragonfly flight (air flows) and applied their findings to creating new wing designs.

Odonates as a carnivores:

Odonates larvae are proved to be very effective to control the larvae of mosquitoes present in the aquatic system and have very effective and safer way to eliminate insect pest. Odonates are carnivores they can consume a good number of mosquito larvae in a very short time, thus eliminating a lot the methods such as dangerous chemical sprays.

Beneficial for human as predator:

There benefit to man is the role of the adult dragonfly in keeping mosquito, midges, flies and other annoying insect populations down.  Mosquitos in some areas transmit diseases such as West Nile Virus, Dengue and Dog Heart Worm.  So odonates are doing us a favor by consuming these insects.

Odonates as a food:

Odonates are a vital food source for many species such as birds, reptiles, amphibians, mammals, and fish and also for man.  In many parts of the world people use insects as a major source of food.

# Role of Odonates as a beneficial insects in nature.