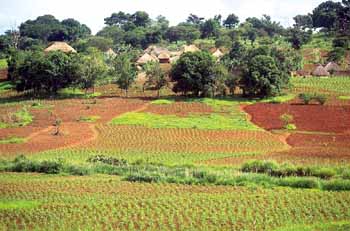 THIS newspaper came up with a huge advertisement on Agri Expo 2012 that was held last week. The ad featured the following problems facing agriculture.

Now these problems are there when there is a farming sector. From the very beginning we have seen that every article of agriculture begins thus, ‘Pakistan is an agricultural country….’ And every editorial begins with this famous beginning and then we begin to push everything agricultural under the carpet. Agriculture has become less and less important for policy planners as well as for those who actually plough the field. And that is why agriculture has receded from all tiers of policy planning and practice.

I remember once an officer of the Navy was given the charge of agriculture. I had the opportunity to discuss the issue with the ambassador of an East European country. When I asked him what he thought of the new appointment, he replied immediately.
“The result is obvious. Your Navy will sink and your agriculture will be drowned.” When I asked him what is the difference between sinking and drowning. He replied that sinking might not be an accident where as drowning was an accident.

We have allowed agriculture to drown but it is a hardy plant and keeps coming to the surface again and again. Our latest attempt at drowning agriculture has been our attempt at bringing as much of agricultural lands under new housing colonies. With the result that Pakistan is becoming less and less the country of agriculture and more and more of people who depend not on agriculture for a living.

President Eisenhower once said that agriculture looks very easy when your plough is a pencil and you are a thousand miles away from the cornfield.

In our case the distance between the plough and the wheat field will be not a thousand miles away but tens of thousands of miles from us. We will only have houses where once were wheat field.

When I was young Lahore had very definite boundary but today Kasur is a Lahori mohallah and so are Sheikhupura and Gujranwala.