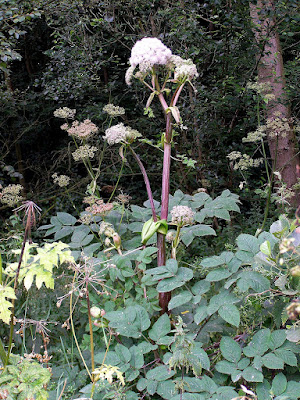 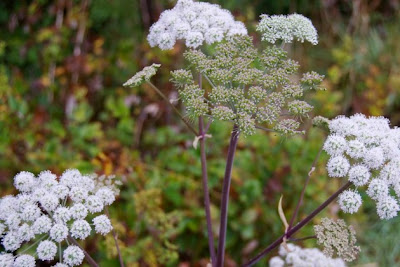 Wild Angelica is just a really pretty plant!
Description:
Wild Angelica is a fast-growing, clump-forming, tall-groundcover biennial plant. In its natural setting, it is often found in damp areas beside lakes and streams, ditches, and wet woodlands. With its flowers that attract beneficial insects, its ability to grow in wet soil, and edible leaves, stems, and roots, Wild Angelica is a great addition to the Forest Garden. This plant is native to Europe, Britain, and Asia and is not common in North America at all. In fact, many see Wild Angelica as an invasive plant in the U.S. and Canada. I’ll let you decide if you want to introduce this plant to your area (if it is not already there), but many of those in Permaculture see all plants as native to Earth – there are no native or invasive plants. Interesting way to look at things… 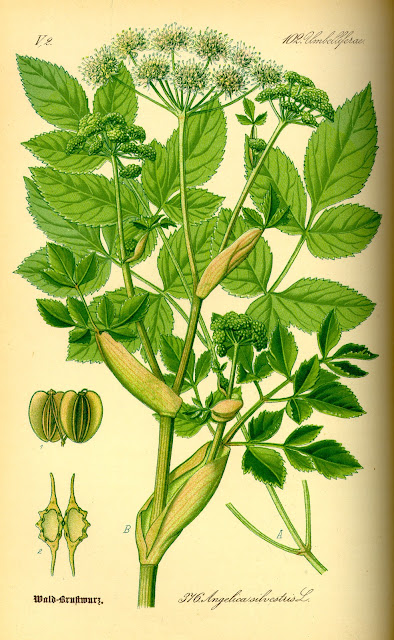 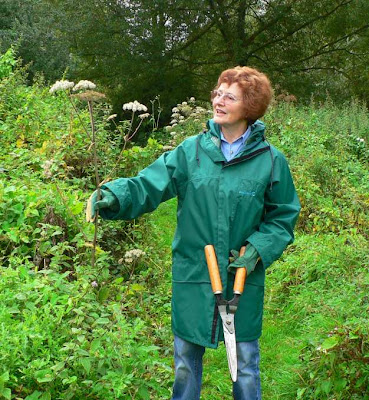 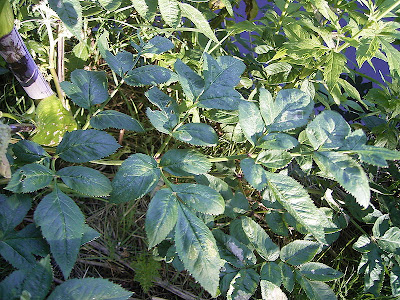 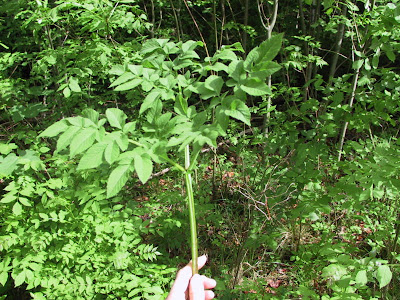 The leaf structure of Wild Angelica… yeah, it’s the entire thing.
There are many leaflets per true leaf, and the leaf stem resembles a stalk of celery.
DESIGNING WITH THIS PLANT
USDA Hardiness Zone: 5
AHS Heat Zone: No good information available
Chill Requirement: No good information available, although since this is a biennial plant, it likely requires some winter chill to produce a good flowerhead in its second year
Plant Type: Herbaceous Biennial
Leaf Type: Deciduous
Forest Garden Use: Groundcover Layer
Cultivars/Varieties: No improved varieties
Pollination: Self-Pollinating/Self-Fertile
Flowering: July – September. Remember this is a biennial plant; flowering only occurs on 2-year old plants.
Life Span: If not dead-headed, Wild Angelica will live 2 years as it is a biennial, but this plant self-seeds rather easily so this issue is rather moot. 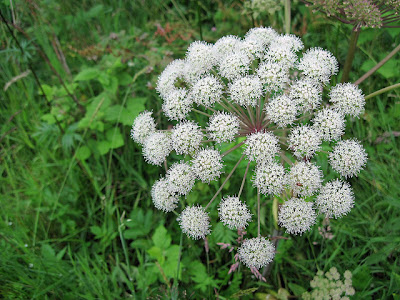 Wild Angelica’s flowers are magnets for beneficial insects.
PHYSICAL CHARACTERISTICS OF THIS PLANT
Size: 2-3 feet (60-100 centimeters) tall, but the flowerheads can shoot up to three times this height
Roots: Shallow
Growth Rate: Medium-Fast 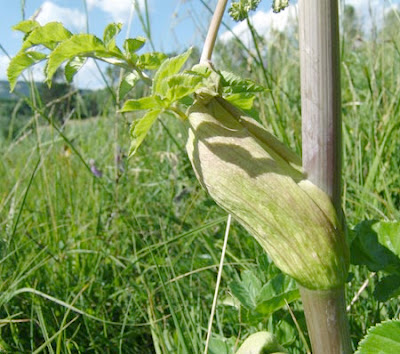 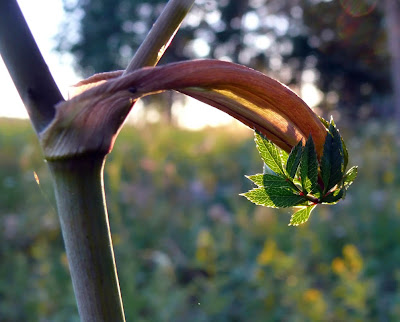 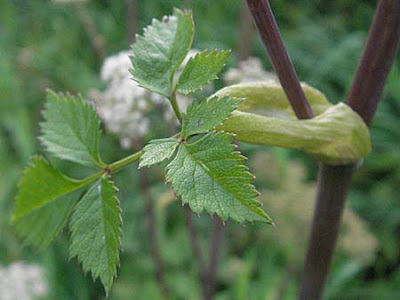 Note the characteristic “sheath” at the base of the lower leaves and the purple hue of the stem.
Stems have no hairs and are not ridged (like Cow Parsnip).
GROWING CONDITIONS FOR THIS PLANT
Light: Prefers full sun
Shade: Tolerates full, but not deep, shade (woodland cover)
Moisture: Prefers medium moisture, but can easily tolerate very wet soil
pH: Can tolerate a wide range of soil pH
Special Considerations for Growing:
Take advantage of its moisture tolerance and plant in wet areas that other plants cannot grow.
Propagation: Usually from seed. Wild Angelica readily self-seeds in August through October.
Maintenance: Minimal.
Concerns:
All plants in the genus Angelica contain the chemical furocoumarin which can cause a phytophotodermatitis (phyto = plant; photo = light; dermatitis = skin irritation)… there is a potential if the juice from this plant gets on your skin, your skin may become sensitive to light. This compound (if the plant is eaten in large quantities) may alter the metabolism of medications a person may be taking. 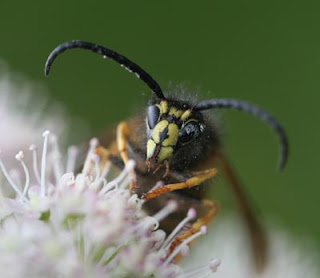