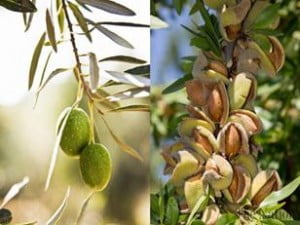 Scientists believe Pakistan has tremendous potential pistachio and olive farming but due to lack of knowledge local farmers only concentrate on traditional crops.
Whole Balochistan has incredible potential of pistachio farming but presently only 50 farmers are cultivating it on a total area of 200-300 hectares, said Dr Louise Ferguson, a scientist at University of California, Davis.
Ferguson was representing her university in USAID’s Agriculture technology conference held in a local hotel.
The senior scientist excitedly showed that in collaboration with Agriculture Research Institute Tarnab, Peshawar, four local verities of olives, including Otlobratica Olive, Coratina Olive, Karoneiki Olive, and FS-17 Olive have shown outstanding results.
FS-17 is newly discovered variety as it produces the world-class fine quality and quantity oil, Ferguson said, adding, the olive oil is a juice of fruit and according to international standards the juice should be 20 percent of total weight of fruit.
It can be cultivated in Chakwal, KPK and Mediterranean weather like areas where there is no monsoon rain, as rainwater is harmful for olives.
She stressed that full benefits of the fruit could only achieve when a proper set up of oil extracting and marketing is developed. All the varieties, she said were cultivated on experimental basis yet.
A small hand seed sowing trolley was also on display. The exhibitors claimed that the simple machine could save the work of 4-5 labourers and time.
We have imported this machine from Nepal, and used it in KPK, due to this simple gadget farmers were able to plant seed in one acre in only one hour, whereas previously they have been working for 4-5 hours, said Ansaar Ahmed, a representative of CIMMYT, a non-profit organisation working on maize and wheat improvement.
He said this devise could be made locally, between Rs.5000-10000.
Imtiaz Hussain another representative of same organisation surprised the visitors by showing a simple machine, which could be used in land preparation of wheat after cultivating the rice crop.
Zero Tillage Happy Seeder is imported from Neighbouring country India, he said, adding this machine was invented in Pakistan in 1980’s.
Normally farmers do five cultivations to prepare land for wheat crop after cultivating rice, and the main issue is disposing off the residue of rice, which is usually get rid of by burning, he said.
By using this machine the growers not to do any sort of burning and the machine mounted on a tractor, does the entire job in single go, Hussain explained.