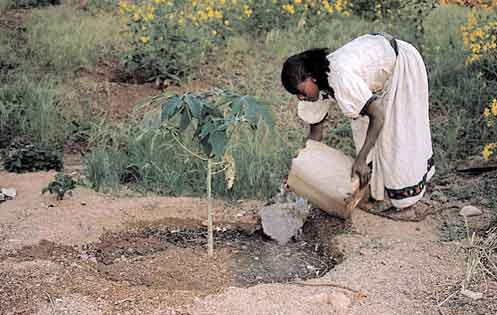 Education, the cornerstone of a knowledge economy, is given a low priority in developing countries. This is because of the vested interests of powerful but corrupt parliamentarians who find it in their interests to keep the masses subjugated and enslaved. Education brings understanding and awareness, and frees the minds to question those in power. Distorted forms of democracy in which there is no accountability of the rulers have been set up in many developing countries. Such democracies only serve a few corrupt leaders who loot and plunder at will.

The attempt in 2010 to destroy the Higher Education Commission (HEC) was the brainchild of some politicians with forged degrees who felt threatened by a high quality, merit-based organisation operating like an oasis in a sea of corruption. It was saved by the intervention of the Supreme Court of Pakistan on an appeal (filed by the Atta-ur-Rahman, Ms Marvi Memon and Azam Swati) that gave a judgment that the attempt to shred the HEC was unconstitutional. Now, however, some evil minds are plotting the death of the HEC again.

With their eyes on the Rs44 billion annual grant of higher education, some “honourable” parliamentarians have recently moved a bill in parliament that will take away the control of the funds from the HEC and give it to a federal ministry. At present the funds are controlled by a 17-member commission that includes the provincial secretaries of education, eminent educationists and respected citizens. India, by contrast, has decided to close down its University Grants Commission and establish an organisation similar to the HEC. The Indian cabinet approved the establishment of the National Commission on Higher Education and Research (NCHR) in December 2011.

It is time for the political parties in Pakistan to unite, rise up once again and kill the vile attempt by the corrupt to take control of the Rs44 billion annually made available to the HEC for the operational and development needs of the universities in Pakistan.

By the year 2000 the gap between rich and poor countries had reached 500:1 (World Bank) and it continues to increase with every passing day. While some countries such as Japan, South Korea, Singapore, Taiwan and, more recently, China have managed to narrow this gap between the rich and the poor, most other developing countries, including Pakistan, are lagging far behind. Knowledge and technological innovations are identified as two essential capabilities for bridging this gap. Since no country has all the resources to achieve technological competence in all fields, most countries have concentrated on finding one or two areas of specialisation for comparative advantage. For Pakistan, this advantage at present, according to our study, lies in the agriculture sector.

The agriculture sector in Pakistan supports two-thirds of the rural population and remains the largest income and employment generating sector of the economy but accounts for only 22 percent of the total gross domestic product. Pakistan has not been able to exploit its immense agriculture potential due to under- investment in human resource development and agriculture research. According to the Consultative Group on International Agricultural Research (CGIR), public expenditure for agriculture research in Pakistan as a percentage of agricultural GDP is only 0.29 percent, whereas India and Bangladesh spend 0.36 percent and Mexico and Kenya spend 1.21 percent and 1.30 percent, respectively.

The 15-year agriculture reform and development vision for Pakistan was prepared under the supervision of one of us (Dr Atta-ur-Rahman). It involved research scientists, industrialists, farmers association and economists and identified critical skills, technology, management and public policy gaps in all fields of agriculture including major grain crops, horticulture, fisheries, animal husbandry, rangelands and forestry. Research areas, technological inputs and better operational practices needed in soil, seed, fertilisers, pesticides and water management as well as the transport, grain storage and cold chain infrastructure required for prevention of 40-45 percent of post harvest losses have been identified.

It was observed that 75 percent of Pakistan’s agriculture potential remains untapped. Crop yields on average are lower by 31-75 percent of the productivity level achieved at local research stations and lower by 50 percent to 83 percent in developed countries. These productivity gaps can be addressed through increased inputs in human resource development, research, technology and extension services and through improved management of resources and inputs. Improved access to institutional credit and access to local and international markets are essential prerequisites. Pakistan has all the basic ingredients to excel and eventually lead in agricultural innovation at regional level.

Most of the agriculture research organisations. however, are poorly managed and remain ill-equipped with modern machinery, library and information infrastructure and qualified staff. There are no incentives for scientists to innovate and there are weak linkages between stakeholders (i.e., researcher, farmers, entrepreneurs and policymakers) due to a weak extension services system. In order to carry out reforms of the system and to increase agriculture productivity an investment of Rs1078 billion will be required over a period of 15 years. This investment is expected to generate Rs2,368 billion as net benefits with an internal rate of return close to 108 percent (PIDE 2003).

At their initial stages of development most developed countries invested in agriculture innovations to eliminate rural poverty and to bridge the income inequality gap between rural and urban populations in their societies. China’s agriculture reform programme has not only lifted millions out of poverty but generated enough income for investment in industrial innovations. The successful programme, which began in the early 1980s, is premised on providing flexible, demand-driven packages of services, not just technology but also information, technical assistance, marketing and developing supply networks and supply chains.

We need to learn how countries such as China, Egypt and India have modernised agriculture and are using it to tackle poverty and transition to a knowledge economy. Simultaneously we must resist continuing attempts by crooked minds to destroy the HEC.

Acknowledgement: We are grateful to Bilal Mirza, PhD Fellow, United Nations University-MERIT, the Netherlands, for his valuable input

Prof. Atta-ur-Rahman is former federal minister for science an technology and former chairman of the Higher Education Commission

Dr S T K Naim is an expert on STI policy and a consultant at COMSTECH, Islamabad