History:Native to Asia and North America, Hickories and Pecans have been used for food, wood, and fuel since people have been around to use them. These trees have been developed for larger and sweeter nuts, and the Pecans have had the most development so far.Trivia: 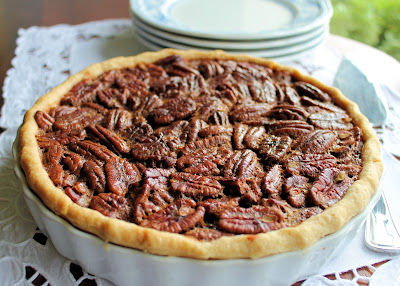 Pecan Pies would be reason enough to plant these trees.

Yield: Highly variable on species and size of the tree. Hickories produce less than Pecans; Improved varieties often produce more than unimproved and wild species, although the hybrid Hican will produce less (but larger) nuts than the Pecan. 50 lbs (23 kg) is not uncommon for a 10-20 year old tree. Pecans can produce up to 100 lbs (46 kg) when they are 20-25 years old. A mature Pecan that is 75 years old or older can produce close to 500 lbs (225 kg) of nuts. There are some Pecans that have yielded over 1,000 lbs (450 kg) of nuts in a season!Harvesting: Autumn. Although if you have Pecans in more warm locations, you may harvest all the way through January. Pecans and Hickory are typically harvested after they have fallen from the tree; however, some people (and commercial operations) use nets to catch the nuts during harvest season.Storage: Can be used right away, but if the nuts are dried, they can store for a few years. 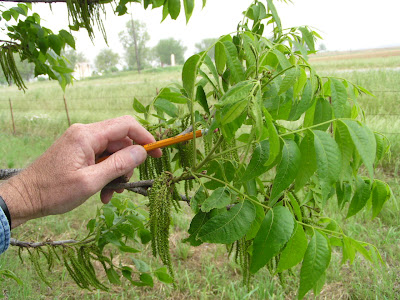