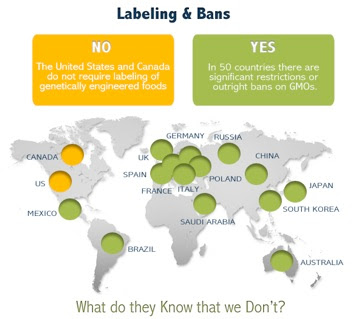 No major bash on California, but they rarely take the lead on anything with which I agree; however, I think they are on the right track with their attempt to get GMO (genetically modified foods) labeled. As the California Right to Know website states: More than 40 countries with over 40% of the world’s population already label genetically engineered foods, including the entire European Union. Even China labels genetically engineered foods. What do they know that we don’t?
In reality, I don’t think it is something that they know, because almost everyone desires to be informed about the food they are eating. The truth is that in the U.S., we have a political system that is too greatly influenced by Big Ag… that is, the large, multi-million/billion agricultural corporations. Passing this would likely set the stage for nationwide labeling laws. Then we could finally make informed decisions.
I’m pretty sure I have never said this, but, Go California!
Original Article Here