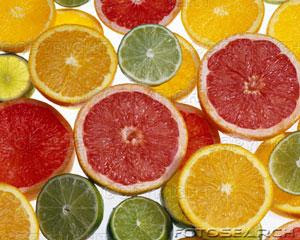 WITH four agro-ecological zones, Balochistan is endowed with a unique environment for the production of a great variety of quality fruits. The province is known as the fruit-basket of the country producing 90 per cent of grapes, cherry and almonds, 60 per cent of peach, pomegranate, apricot, 34 per cent of apple and 70 per cent of date.

WITH four agro-ecological zones, Balochistan is endowed with a unique environment for the production of a great variety of quality fruits. The province is known as the fruit-basket of the country producing 90 per cent of grapes, cherry and almonds, 60 per cent of peach, pomegranate, apricot, 34 per cent of apple and 70 per cent of date.

The province, with diverse climates ranging from temperate to sub-tropical and tropical, produces various fruit crops. While apple, apricot, cherry and peach are high delta fruits, grape, olive, pistachio and pomegranate belong to the low delta of the province. While mango is a tropical fruit, date palm is a sub-tropical one.

The province produces 130 varieties of date. According to one estimate, Mekran produces about 0.5 million tons of dates annually. Some of the famous date varieties grown in Turbat and Panjgur include Begum Jangi, Kaharaba, Mozawati, Berni, Helini and Sabzo. The province produced over 6,625 tons of mango during fiscal year 2003-04 contributing 0.6 per cent to the total national production.

Fruit crops are grown over an area of 1,49,726 hectares in the province with a yield of about 0.9 million tons annually. Fruit production in highland Balochistan, which contains south-western region, depends on the availability of groundwater. The region is famous for production of commercial varieties of grape such as Kishmishi and Sundarkhani.

While talking to this scribe Raza Tareen, the horticulturist in Agriculture Research Institute (ARI) in Quetta, said: “Zoning is essential for growing different fruit crops in Balochistan, as each agro-ecological zone presents specific agro-climatic condition for production of different kinds of fruit”.

Grape, the low delta crop, is grown in bulk in Quetta, Pishin, Kalat, Zhob, Loralai and Mastung districts. It may be grown in all types of climates and soils, but the experts believe that the province should be divided into zones for quality fruit production. For instance, for high delta fruits of apricots and plums, an “apricot zone” or ‘plum zone’ should be set up in upland Balochistan.

Another expert Muhammad Naseem in ARI said Balochistan’s tremendous yield potential of high quality fruits can efficiently be tapped by establishing ‘crop specific zone’ and “fruit processing units” in the province. The fruit farmers needed to be properly educated about the techniques of growing fruit crops, and pay attention toward zoning for growth of different fruit crops. Efficient crop management could increase the profit of local farmers by reducing the production cost.

In Lasbella district, a project for improving production of tropical fruits is under way under PSDP schemes. The ARI is also working on insect pest control in Balochistan and it had established the codling moth control on apple and reduced number of sprays from eight to two times.

Farmers’ problems: Local farmers face a plethora of problems from planting, harvesting to marketing of their fruit crops. Shortage of irrigation water, non-availability of groundwater in highland, lack of marketing infrastructure and facilities like farm-to-market roads and sale centress, dearth of skilled labour and lack of technical knowledge and expertise, are the main problems that prevented long-term investment in fruit production. Moreover, the absence of cold storages and air-conditioned transportation facilities for fruits like grapes also increase the risks of damage to fruits.

“Growing fruit crops has become an expensive venture for local farmers, as they lack the essential facilities and infrastructure in the province to market their products and earn profits”, said Muhammad Hassan Panizai, a small farmer of Khanozai area of Pishin district in Northern Balochistan. He said,” Today, only a financially stronger farmer with well-established market links can survive in fruit growing business.” There is no charm for small farmers in this field”, he added.

The small farmers have also no access to bank loans to meet their working capital requirements. For the local farmers, obtaining loans is also a complicated process. They need finance at all stages of crop activity from sowing to spraying and harvesting and for making different types of improvements in the land, farm implements, machinery, tube-wells and so on. Fertilisers are essentially used by the growers of fruit crops, but their prices have soared to 30 to 35 per cent. Panizai said: “We cannot afford buying fertilisers at the current price.”

This year the fruit crop is likely to be affected, as the farmers have not used fertilisers as per their requirement”, he added.

Soil test also needs to be conducted on regular basis at the time of planting a fruit crop. For instance, planting season for apple crop in Northern Balochistan commences from February 15 to March 15. The ARI experts should visit the cropping areas during the season and conduct soil tests and educate the local farmers about the deficient element of the soil and recommend them the required fertilisers and its quantity. There is also a need to ensure supply of fertilisers to the fruit growers at subsidised rates.

Local farmers particularly the growers of apple feel extremely worried about attack of mites on the crop. The mites attack the leaves of the fruit plant damaging the chlorophyll and within a short period, the entire crop is affected. The local farmers spray pesticides on the crop four to eight times in a month. The affected plants do not bear quality fruits, and hence the fruits are sold at lower prices. The local farmers also complained the adulterated pesticides were available in bulk in the local market.

Pre-harvest contractors and commission agents largely benefit from the fruit production and the poor farmers continue to reel under the miserable socio-economic conditions.

The small farmers have no option but the pre-harvest sale of their orchards to contractors, as they have no cold-storage facilities to save their produce. Moreover, they are unable to bear the high costs of entire marketing operation for their fruit crops. Only a few farmers with sound financial position have direct contacts with the commission agents to market their produce.

“What is direly needed is to enable the farmers to sell their produce directly eliminating the role of middlemen in the marketing channel” a local farmer said.

Some farmers suggested that like wheat crop the government should fix support price for fruit crops setting a procurement target for the ex-harvest year and the government agencies should directly purchase the produce from the farmers at the fixed price.

Suggestions: The government should provide relief to the local growers of fruit crops by providing them essential infrastructure facilities like farm to market road, cold-storage houses, and regular and sustainable supply of electricity in order to enhance production and export of quality fruits.

Steps should be taken to check adulteration of pesticides, as the adulterated pesticides adversely affect the quality of fruits.

The ARI should organise regular visits to the orchards and provide guidelines to local farmers on the problems, which arise during various stages of production. The experts should also introduce high yielding, and drought and disease resistance varieties of fruits.

Balochistan has tremendous potential for development of horticulture, particularly the fruit farms. Serious efforts needed to be directed for bringing about a shift from traditional to a technology-based farming system.

The government should extend credit to small farmers for horticulture development. The lack of finance does not enable the cash-starved small farmers to harvest and market their fruit crop. The small farmers’ access to loan facility should be ensured.