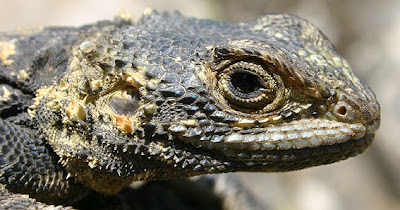 This morning, my family was taking a walk to the park. My two boys were on their big-wheel-type bikes. Isaac, now four years old, was at the front of our procession when he suddenly skidded to a stop. He froze with one arm pointing to a tree a few feet from the sidewalk we were walking, reminding me of a bird dog who had spotted a hidden pheasant. For a second or two we tried to figure out at what it was he was pointing, but we were obviously too slow in identifying it. Isaac hopped off the bike and ran to the base of the tree, running with his arm fully extended and finger still pointing. This sudden direct charge on its hiding place was too much for the well camouflaged, foot-long lizard. I can’t help but wonder what that lizard was thinking… There I was, sitting in the sun, soaking up the heat, relaxing all morning. It was a great spot. I was blending in perfectly with the roots at the bottom of my favorite tree. I had seen dozens of those gangly, two-legged animals walk right past me. They make so much noise all the time. But as long as I don’t move, they keep right on going. Then, out of the blue, one of them stops and stares right at me. He’s one of the small ones. They usually aren’t that smart. Is he looking at me? Did I lose my camouflage? No. He can’t see me. I just have to stay still. Hold my breath. He’ll keep on going any second now… Oh, crap! He’s running right at me… don’t move… don’t breathe… ahHH! Forget this! I’m outta here! These guys can scale a tree in seconds!

The lizard, whose proper name is the Speckled Agama, bolted up the tree. Only, poor thing, it climbed a tree that had a sparrow’s nest in it. The male sparrow started to dive bomb it. It hopped from limb to limb dodging the bird until we started to walk away. Then it quickly scurried back down the tree and then hid in a pile of rocks. I am sure it was hyperventilating, saying a prayer of thanks for not getting eaten by that scary animal that charged him out of the blue.Not a minute later and Isaac spotted another Agama. The scene replayed itself, only without the sparrow attack. After a few minutes of watching the lizard climb in the tree above, we moved on. Now I have studied animals for a long time. I understand their behavior. There are obviously many people who are better than I, but after years of trying to spot and observe wildlife, I can humbly say that I am really good at it. But I think my skill is a learned craft. It is pretty amazing to see a four year old come at it with such ease. It is going to be fun to see how this develops. 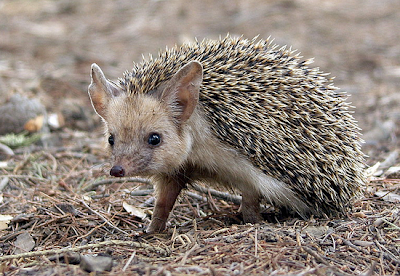 This just reminded me of how living in Turkey has allowed us to experience a completely new range of flora and fauna. Whether it is the scorpions on my running path, the hedgehogs digging holes in the yard at night, the hooded crows sitting on the fence waiting for my boys to drop some food, or theHoopoe I wrote about a short while ago, it has been a lot of fun to see the amazing diversity of God’s creation. 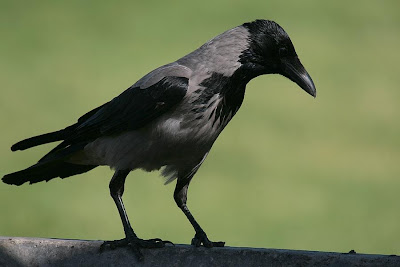 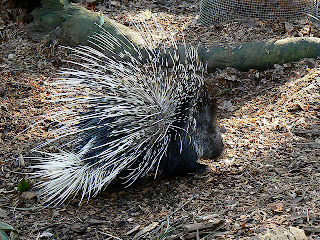 Indian Crested Porcupine (Hystrix indica)
Well, we actually only found a few quills on one of our hikes.