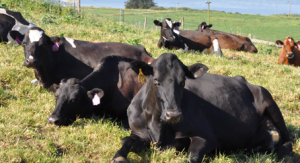 AGRICULTURE SECTOR continues to play a central role in Pakistan’s economy accounting for over 21% of GDP and remains by far the largest employer, absorbing 45% of the country’s total labor force. In agriculture, livestock sector contributes approximately 53.2% of the agriculture value added and 11.4% to national GDP. Gross value addition of livestock at current factor cost has increased from Rs. 1304.6 billion to Rs. 1537.5 billion showing an increase of 17.8%. Intensive livestock farming is practiced in most of the countries including Pakistan which involves the use of various kinds of antibiotics, growth promoters, hormones, acaricides and insecticides. It is also associated with farms that keep livestock above their holding capacity, which in turn leads to pollution, various diseases and infections brought about by overcrowding and poor hygiene.There are many hybrid varieties of livestock and poultry which are injected with hormones and other chemicals to increase the yield.
Organic livestock farming is an integrated system of farming based on ecological principles that promotes biodiversity, biological cycles and soil biological activity. As applied to the organic livestock sector, it generally means that organic meat, poultry and egg products come from farms that have been inspected to verify that they meet rigorous standards which mandate the use of organic feed, prohibit the use of antibiotics, and give animal’s access to outdoors, fresh air and sunlight. As defined by (FAO, 1999), “Organic farming is an environment friendly ecosystem management in which use of all kinds of synthetic inputs are eliminated”.Almost 1.8 million people are linked to organic farming and production of organically grown food continues to increase steadily by 15% per year.
Most trade in organic livestock products is restricted to the European Union and other developed nations. Nevertheless, tropical and temperate countries cannot afford to neglect this emerging system of animal production. Yet animal products are still a small share of the organic market as compared to fruits, cereals and herbs, etc.Organically grown livestock is dramatically superior in mineral contents than that grown by modern conventional methods. A major benefit for consumers of organic food is that it is free of contamination with health harming chemicals such as antibiotics residues, acaricides and artificial growth promoters. Organic farming does not incur the use of expensive chemicals and greater resistance to diseases saves farmers significantly from expensive medicine usage, vaccination program and disease management cost.
Organic production systems are governed by a set of standards that must be strictly followed by the producers. A farm may be classified as organic if it meets the criteria stipulated in a set of guidelines known as ‘organic standards’. The quality of production under organic management is ensured through certification procedures using internationally accepted standards. Organic certification guarantees not only the quality of the product but also the quality of production processes, production methods and environment safety.
Throughout the world, 468 organizations offer organic certification services and most certification bodies are in Europe (37%), followed by Asia (31%) and North America (18%). The countries with the most certification bodies are the USA, Japan, China and Germany. Similarly, East African nations such as Tanzania and Kenya have recently developed their own organic standards for crops and livestock, taking into account local production conditions as well as the requirements of international trade, especially when exporting to developed nations. An ever-increasing number of countries in the South are in the process of developing organic standards and formulating rules and regulations to encourage organic food production including animal products.
Farmers in resource-constrained countries like Pakistan traditionally use few external inputs such as allopathic medicines and antibiotics and follow grazing-based extensive or semi intensive production systems. In many ways, they are thus closer to organic farming systems, though largely by default. However, a lack of appropriate agro-ecological knowledge means that they fail to gain most of the environmental, social and economic benefits of organic management. Nevertheless, developing countries are becoming important suppliers of organic foods, since organic practices tend to suit the conditions under which their producer’s farms, especially in case of smallholders living in rain fed areas.
Livestock production has become far more sophisticated since the days of hunter-gatherers. Today, most of the production systems are intensive with very high per-animal productivity due to better nutrition, health and housing management. However, recent focus and concerns over food quality, animal welfare, traceability, human health and environment quality have led to the emergence of organic livestock farming which is gradually spreading across the world.
Tropical countries may find new opportunities in this premium market to export their own organic livestock products but it is a tough challenge, given the current sanitary conditions and prevalence of infectious diseases in these countries. Nevertheless, tropical countries have some natural advantages when it comes to organic livestock farming which could be harnessed to boost organic livestock production for domestic consumption, initially, and exports in the long term. Nonetheless, this presents a formidable task, considering the stringent principles, guidelines, practices and standards of organic livestock production as well as the mandatory certification procedures for such production systems. To benefit from this emerging system of food production, producers in developing countries like Pakistan must build their capacity and take into account their natural advantages.