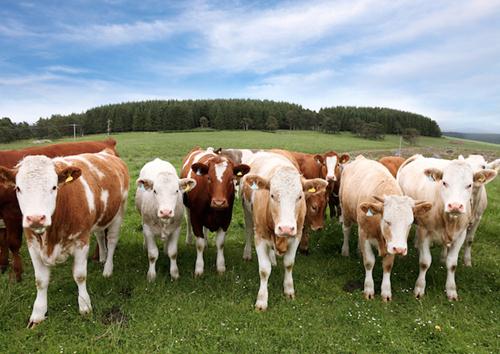 Sonia Farqui’s new book Project Animal Farm: An Accidental Journey into the Secret World of Farming and the Truth About Our Food dives into the depths of the animal agriculture industry and emerges with some important messages and inspiring suggestions on the future of food.

Faruqi’s four-year journey into the world of animal agriculture begins when after years of working on Wall Street, the author finds herself in the middle of the 2007 financial crisis, unemployed and in need of a change. In search of greener pastures, Faruqi decides to leave the bustle of banking behind for a few weeks of volunteer service at a dairy farm just three hours outside of Toronto, Canada.  By the end of the book, Faruqi has “climbed the agribusiness ladder in not one but eight countries of the world: the United States, Canada, Mexico, Belize, Indonesia, Malaysia, Singapore, and the United Arab Emirates.”

The author’s investigations take her to many places previously unobserved, including: an egg farm operation in Canada, where she sees first hand “the epitome of cold, steely efficiency” characteristic of the egg production industry; a chicken farm in Malaysia, which is part of KFC’s fully-integrated high-tech system responsible for “hatching, growing, and slaughtering more than three million chickens every month” to feed the growing demand for fast food in Malaysia; and to the animal pastures of Mennonite missionaries in Belize, where the natural symbiosis of the cattle egret and milk cows still reigns supreme.

Sonia Farqui uses a journalistic approach at each stop, sharing with readers the time, energy, and risk that farmers and agribusinessmen invest in raising animals for food.  Faruqi shares her observations of farming practices, some of which inspire, others which horrify, and enthusiastically participates in farm life, capturing vivid accounts of the many people, places, and animals in the industry answering the questions what is the current state of animal agriculture and where can we go from here?

The author’s accounts carefully capture not only the conditions in which animals are raised with descriptions of over-crowded barns, cages, and production lines, but also the culture and ideologies of business owners, farmers, factory workers, and communities. Farqui depicts conditions of great suffering in the industry but also finds several small pockets of hope, where animals and humans thrive together, leaving readers with the sense that things are at once getting better and worse. From the ever shrinking square inch-per-chicken ratio to minimize space and maximize profit, to innovations in the genetic modification of animals for speed of growth, Faruqi discusses the ways in which agriculture has become maximally efficient at getting animals to our plates and also addresses the resultant problems for culture, climate, and health.

Faruqi presents solutions to the problems articulated throughout the book for both producers and consumers. On the producers side, the author encourages readers to see that “it’s not the farmers and workers who are the problem in agriculture, but the broader system that permits them no room to pause and think.” The author champions eight different producer solutions, which encourage everything from an increase in pastoral farming to establishing more industry accountability with more rigorous inspection and accurate marketing. On the consumer side, a similar cadre of solutions are presented with suggestions for eaters that include: reducing the amount of meat in the diet, avoiding industrially produced animal products by shopping at farmers’ markets, and being aware of what labels on food products actually mean to make sure that each dollar you spend “cast votes for certain values over others.”  In an engaging and informative way, Project Animal Farm: An Accidental Journey into the Secret World of Farming and the Truth About Our Food, provides substantial proof of an urgent need for change in the food system as well as constructive suggestions on how producers and consumers can bring that change about.