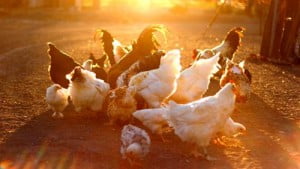 This article from Ronnie Cons, EVP C&C Packing Inc., discusses the negative effects of noise on the health of chickens and how to prevent them.

Chickens, like all vertebrates, are governed by a circadian rhythm that is controlled by the natural light/dark cycle of day and night.

As such, chickens mostly rest and are inactive at night, especially when it is dark. Most of their feeding and activity is during the daylight hours, even though they also rest during the day.

Studies show that just as in humans, major abrupt changes to the day and night cycle of the chickens, such as waking up the chickens at night with loud noises, will lead to stressed and anxious chickens.

In addition, studies have shown that loud noises found near airports, rail road tracks or loud hydraulic or pneumatic equipment and machinery close to the chickens leads to lower egg production, stunted growth, higher blood pressure, stress and fatigue in the chickens.

One study showed that loud noise simulating noisy ventilation fans and operational machines found at slaughterhouses led to increased plasma corticosteroids, cholesterol and total protein. This study recommended the control of noise pollution near the chickens and chicks.

Other studies found noise levels above 85 decibels (dB) level leads to a decreased feed intake of between 15-25 per cent. Of course lower feed intake stunts chicken growth- something the poultry farmer or processor does not want.

But all is not lost! Below are some tips and advice to reduce the noise level to an acceptable and healthier level leading to happier and healthier chickens – both psychologically and physically. 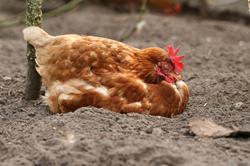 In summary, we see that it’s all about simple common sense and respect. We need to respect the fact that chickens are living beings that need many of the same things that we need including a good night’s sleep and some peace and quiet during the day.

We just have to sensitise ourselves by imaging how we feel when we are woken up by rude people while we are asleep. We feel grouchy the next day and are less productive in the office.

If we internalise this reality, we will treat the chickens with more respect which not only is the proper thing to do, but it is actual good business sense.

The results will be healthier, bigger chickens. Thus everybody gains by respecting the chickens’ needs not to be exposed to high levels of noise pollution – the poultry farmer, the processor and the chickens.