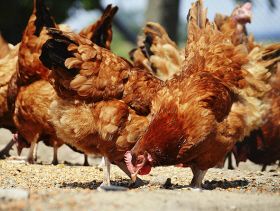 ANALYSIS – Stable and, in some cases, even higher stocks and favourable harvests of maize, wheat and other cereals offer livestock producers the prospect of stable feed prices in the coming year, reports Jackie Linden from a recent grain market conference.

With a background of growth in the global markets for grains, more and more of these commodities are being traded internationally.

This trade is not a simple case of supply and demand but rather, politics and exchange rate fluctuations are playing ever greater roles in global markets, attendees at the recent Grain Market Outlook Conference 2015 in London recently heard. The event was organised by the Agricultural and Horticultural Development Board (AHDB).

Commodity prices tend to go in cycles and we are now established in the “ugly” side of the cycle from the cereal producers’ point of view. How much longer it will last is uncertain so arable businesses need to be sure of their strategy for a continued spell of low prices and poor profitability, according to Jack Watts, Lead Analyst in Market Intelligence with the AHDB Cereals and Oilseeds Group.

Weather is an ever-present risk, as are political intervention and currency fluctuations, he said, urging growers in the UK to take their most commercial and competitive approach to achieve long-term resilience for their businesses. Price risk management is critical throughout the supply chain, he warned.

Wheat is abundant around the world as big crops in most of the major producing countries are forecast to increase overall stocks. As a result, prices have fallen and consolidated towards that of maize, which Mr Watts expects to stimulate future demand for feed wheat.

Relatively slack export demand exacerbates stock build-up, which will be weighted by changes in the US dollar and policy over wheat export taxes in Russia. Where there is an active futures market, there are incentives to put wheat into store rather than be overly competitive for exports.

According to Mr Watts, this is the third consecutive year when there are no short-term concerns over supplies of the world’s leading feed grain, maize (corn). With fewer global suppliers of maize than wheat, the possible impacts of weather-related events in those countries increase the likelihood in the longer term of bigger peaks and troughs in prices.

Supply and demand for barley are more finely balanced. While global production is up slightly this year, there have been lower harvests for the main exporting countries such as the EU, Russia and Ukraine. Access to the Chinese market is critical yet the volumes imported vary widely from one year to another, depending on stocks and policy. Saudi Arabia is also a leading importer of barley.

Sorghum is emerging as an alternative to barley on the global feed grains market, Mr Watts noted. It has the advantage of being a more drought-tolerant crop than barley. The US is the leading exporting country and production has increased sharply over recent years.

Macroeconomics and What They Mean for Commodity Prices

With plentiful global supplies of grains and oilseeds, prices are likely to remain under pressure for arable producers, according to Hamish Smith, Commodities Economist at Capital Economics in his presentation on what the global macroeconomic outlook means for agricultural commodities.

That is good news for poultry and livestock farmers, who need not fear an imminent return to very high feed prices, which account for much of their total production costs.

With its large population, China has grown to hold a dominant share in the consumption of many of the main agricultural commodities. Its share of global imports is more mixed, however, and is low for rice, maize and wheat. Domestic policy to increase the country’s level of self-sufficiency in maize and wheat are not expected to have a big impact on the global commodity markets.

Developments that have affected investor confidence this year include a sharp fall in Chinese equity prices, a run of weak economic data in the manufacturing sector and exchange rate reform. However, Mr Smith said he sees no signs in the economic fundamentals of the “real” economy heading for a crash.

Meanwhile, in the US, the economy is recovering robustly and the Federal Bank is likely to begin raising interest rates soon. According to Mr Smith, the stronger US dollar will keep commodity prices down while farmers in key producing countries with depreciating currencies – such as Brazil, Ukraine and Russia – may have an incentive to raise production further to maximise their revenue. High output and low prices of Black Sea wheat have presented strong competition to US exports in recent times, he said.

While the Euro-zone is recovering, the situation is uncertain. Mr Smith contended that, with the Greek crisis not resolved, no further bail-out is going to solve its problems and, sooner or later, Greece will leave the Euro, adding to the pressure on other peripheral countries. He added that the possibility of the UK leaving the European Union will not help in the recovery of the region.

Detailed negotiations have been going on for more than two years but it is the lack of public knowledge about the Transatlantic Trade Investment Partnership (TTIP) between the US and the EU that seems to be fuelling fears on both sides, according to Dominic Watkins, a partner and Head of the Food Group with national legal business, DWF LLP.

Like the recently concluded Trans Pacific Partnership (TPP) between 12 nations of the Pacific Rim (including the US), Mr Watkins explained, TTIP offers huge opportunities for increased trade between the signatories along with other advantages that include lower administrative costs associated with future trade. Both the partnerships build on the work of the World Trade Organisation, which has been opening up trade across the globe for two decades.

TTIP will cover the free movement of goods and services as well as public procurement between the US and the EU. It has three aims at its core: to facilitate trade by removing unnecessary barriers to trade; to make the systems of the two parties more compatible without lowering existing standards of regulatory protection and to equalise technical barriers to trade.

In order to get a deal, EU governments gave the mandate to negotiate the Partnership with the US, and the resulting negotiations started in July 2013. TTIP covers 24 ‘chapters’ in three sections – market access, regulatory cooperation and the rules.

Ten rounds of negotiations have taken place in the meantime, and regulatory co-operation has emerged among the contentious issues. On technical barriers to trade, Mr Watkins cited food labelling and health claims for food item as among the most challenging areas.

Included in the category of ‘food safety and animal and plant health’ are genetically modified organisms (GMOs), hormone-treated beef and the use of pathogen reduction treatments in the slaughterhouse.

These topics illicit strong emotions on both sides of the negotiations as well as among the general public but they arise from differences in interpretation rather than serious disagreement over their aims, he asserted.

There is still much detail to be agreed and the target date for completion of the end of 2015 is likely to be missed, Mr Watkins said. When agreement is reached, the final decision has to be agreed by all 28 EU governments, the European Parliament and the US government.