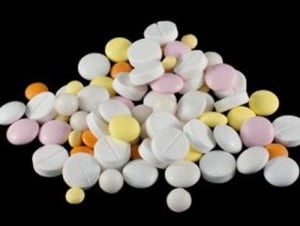 DENMARK – Antimicrobial use in Danish animals decreased in 2014, due mainly to decreased consumption in the pig production.

These are some of the findings in the annual DANMAP report from Statens Serum Institut and the National Food Institute, Technical University of Denmark. DANMAP is the Danish integrated antimicrobial resistance monitoring and research programme.

In 2014, the total use of antimicrobials in livestock and pets in Denmark was 2 per cent lower than the previous year when measured in kilograms.

This decrease is mainly attributed to a 5 per cent decrease in the consumption of antimicrobials in pig production, which accounts for about 86 per cent of meat production in Denmark. However, antimicrobial usage in poultry and cattle has continued to increase in 2014.

Distributed by species, pigs account for around 76 per cent of antimicrobial use in 2014, cattle 11 per cent, aquaculture 4 per cent, poultry 1 per cent, fur animals 4 per cent, and pets, horses and other companion animals the remaining 4 per cent.

Decreased use in pigs

Antimicrobial consumption in pigs measured in doses has decreased in all three age groups: sows/piglets (5 per cent), weaners (2 per cent) and finishers (7 per cent).

This is primarily due to a decreased use of tetracyclines, and to a lesser degree pleuromutilins and macrolides. Thus, the consumption in pig production is 12 per cent lower than in 2009, when the highest consumption was recorded since Danish farmers stopped using antimicrobial growth promoters.

“It is very positive that antimicrobial use in pigs has dropped considerably over the past year, as this is a necessity if we are to tackle the problem of antimicrobial resistant bacteria,” Head of Division Flemming Bager from the National Food Institute said.

In 2014 Danish pig producers made a voluntary commitment to halving consumption of tetracyclines by the end of 2015.

DANMAP 2014 shows for the first time how the use of vaccines and zinc oxide in pigs has developed over the past ten years. Vaccinations can help reduce the need to treat animals with antimicrobials, while zinc oxide is used to prevent diarrhoea in piglets.

Increased use in poultry

However, in 2014 there has been a 22 per cent increase in the consumption of antimicrobials in poultry production compared to the previous year, making it the highest consumption in ten years. Particularly the use of tetracyclines and broad-spectrum penicillins has increased over the past year.

“Antimicrobial consumption in poultry constitutes less than 2 per cent of the total consumption and a few disease outbreaks can cause significant fluctuations in annual consumption.

“The increase we have seen over the last two years can be explained by an overall higher incidence of both diarrhea and joint problems in broiler production and an increased incidence of respiratory disease in turkeys,” Flemming Bager explains.

Consumption of critically important antimicrobials – such as fluoroquinolones and cephalosporins – in animal production is still low.

For a third consecutive year the use of fluoroquinolones in pigs was very low and constitutes less than 0.1 per cent of the total consumption in pigs.

In 2010 Danish pork producers introduced a voluntary ban on the use of cephalosporins where other effective treatment options are available.

In August 2014, the Danish Agriculture & Food Council encouraged cattle farmers to also only use cephalosporins where this is the only effective treatment option. Cephalosporins are not used in poultry production.

Increased use in cattle, horses and fish

Overall, consumption of antimicrobials in the treatment of cattle, horses and fish has increased in 2014 compared to the year before. However, this is not due to an increase in the use of critically important antimicrobials, as consumption of cephalosporins and fluoroquinolones in 2014 is lower than what was recorded in 2013. At the same time, the use of penicillins and sulfonamide/trimethroprim products has increased.

Companion animals account for nearly 47 per cent of the combined veterinary consumption of fluoroquinolones and approximately 66 per cent of the total use of cephalosporins in animals.