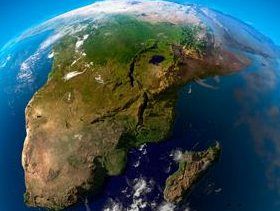 Swaziland is now among the African continent’s top poultry producers while others such as Zimbabwe and Zambia are bracing for a steep rise in input prices for the sector, reports Tawanda Korombo.

This comes at a time when other west African countries are battling to contain illegal imports and outbreaks of bird flu that are threatening their poultry sectors.

The small African country of Swaziland, which is facing sanctions from the international community over alleged human rights abuses by the region’s last absolute monarch, King Mswathi III, has boosted its poultry and poultry products sector, positioning it for a strong international export market.

But the looming trade restrictions by the European Union (EU) could affect Swaziland’s ability to access the lucrative European export market.

About 10 per cent of the 8 million chicks that are produced in the country annually are exported outside the country. Major export destinations for this are the country’s neighbours and others in the region, Agriculture Minister, Moses Vilakati, said this month.

The Swaziland Poultry Producers Association has since been set-up in the country to spearhead development in the country’s poultry sector and to help address problems that producers are facing. Mr Vilakati said the poultry association would work with the government “to advance the interest of the sector” at both country, regional and international levels.

“My ministry considers this sector as one of the critical sectors in terms of stimulating economic growth, employment creation and the growing of our export portfolio,” said Mr Vilakati.

However, according to the Swaziland Agriculture Ministry, although the southern African country has made strides with its poultry industry, some sub sectors such as turkey production are still lagging behind. He also urged for value addition and meat processing in the poultry industry.

“In this way, government believes that the poultry industry will move forward. With cooperation from all stakeholders, both the egg and live birds sectors have the potential to break into export markets and significantly contribute to the growth of our economy,” said Mr Vilakati.

While Swaziland is bracing for a revamped poultry industry, other regional countries such as Zimbabwe and Zambia as well as South Africa are grappling with steep rises in input, raw material and feed costs. In Zimbabwe, poultry producers are resisting the urge to pass on the cost burden to consumers, the poultry association said.

In some instances, stock feeds have reportedly gone down by 3 per cent in some parts of the country although experts say this is likely to be short-lived. The state run Chronicle newspaper reported that feed cost prices for a 50kg bag has slightly fallen to an average $30.

“We’re not foreseeing any change as far as the chicken price is concerned. The slight price fall of stock feed is nothing worth reviewing down our chicken prices on because we still feel that the feed prices are high and they’ve to be slashed further,” he said.

In Zambia and South Africa, poultry producers are still grappling with power outages that have also added burdens to the producers, especially those that run big abattoirs and processing plants. They are having to throw away huge volumes of poultry products affected by the power outages

A survey in Harare showed that average chicken prices in supermarkets now average around $3 per kilogram. However, George Nare, president of the Zimbabwean poultry association has explained that “the feed cost makes up 85 per cent of the costs of raising a chicken” and highlighted that large scale producers would benefit the most from cost reductions.

Across the Zambezi River, Zambia is seeking ways to diversify its economy through revamping the agriculture sector and industries such as poultry farming as the country grapples with loss of value in its Kwacha currency. Zambia has been urged to embrace manufacturing and agro-processing, including poultry, as its over-reliance on mineral commodities could hurt economic growth on the back of persistently lower metal prices.

This comes as the Poultry Association of Zambia has warned that 2016 could be a difficult year for the poultry industry. The association said this month that the national budget for 2016 had not availed funding to boost the country’s livestock sector.

Dominic Chanda, executive manager for the Poultry Association of Zambia, was this month quoted saying “livestock has been allocated close to Kwacha 750 million, which is far less than what was allocated last year; it has not been prioritised, the priority is actually on maize.”