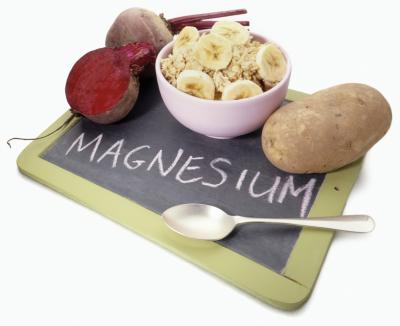 Magnesium, an essential element, is found in dark, leafy vegetables such as spinach and in some fruits. Those who get less than 400 milligrams daily are at risk for allergies, asthma and heart disease, among other conditions. In 2004, Guosong Liu and colleagues at MIT discovered that magnesium might have a positive influence on learning and memory. They followed up by developing a new magnesium compound — magnesium-L-threonate (MgT) —that is more effective than conventional oral supplements at boosting magnesium in the brain, and tested it on rats.

“We found that elevation of brain magnesium led to significant enhancement of spatial and associative memory in both young and aged rats,” said Liu, now director of the Center for Learning and Memory at Tsinghua University. “If MgT is shown to be safe and effective in humans, these results may have a significant impact on public health.” Liu is cofounder of Magceutics, a California-based company developing drugs for prevention and treatment of age-dependent memory decline and Alzheimer’s disease.

“Half the population of the industrialized countries has a magnesium deficit, which increases with aging. If normal or even higher levels of magnesium can be maintained, we may be able to significantly slow age-related loss of cognitive function and perhaps prevent or treat diseases that affect cognitive function,” Liu said.

HOW THEY DID IT: To understand the molecular mechanisms underlying this MgT-induced memory enhancement, the researchers studied the changes induced in functional and structural properties of synapses. They found that in young and aged rats, MgT increased plasticity among synapses, the connections among neurons, and boosted the density of synapses in the hippocampus, a critical brain region for learning and memory.

Susumu Tonegawa at MIT’s Picower Institute for Learning and Memory helped carry out the initial behavioral experiments that showed that magnesium boosted memory in aged rats. Min Zhou’s laboratory at the University of Toronto helped demonstrate the enhancement of synaptic plasticity in magnesium-treated rats.

NEXT STEPS: This study not only highlights the importance of a diet with sufficient daily magnesium, but also suggests the usefulness of magnesium-based treatments for aging-associated memory decline, Tonegawa said. Clinical studies in Beijing are now investigating the relationship between body magnesium status and cognitive functions in older humans and Alzheimer’s patients.