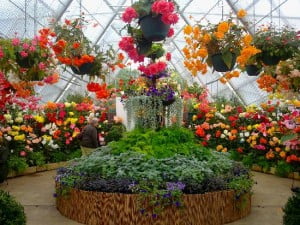 Botanical gardens rightly prove the dictum better seen than heard. There is no end to the vast sea of knowledge these gardens have in store for you. In addition to the elegance and charm that is all over the place, botanical gardens also help in enriching one’s basic knowledge. In this era of globalization, when man is concerned of only his welfare and prosperity, I suppose only innovative ideas like botanical gardens, zoological parks and solar energy can save earth from the wrath of human exploitation of natural wealth. With the depleting number of forest covers, there is no end to the number of valuable trees that are cut down by man to build homes and factories. I agree that the present society is fast progressing but don’t you think proper care is necessary to prevent the less privileged from suffering for deeds they are just mute witnesses to!

It was this thought that set a bunch of people thinking, which ultimately resulted in the concept of building botanical gardens. The idea was to protect and provide shelter to plant species that are facing the threat of extinction and also to let people know about the lesser known varieties. It goes without saying that the idea was an immediate success and thanks to whoever came up with this brilliant idea that today we are able to save quite a number of plant species which would otherwise have gone extinct.  Talking about the input and energy we have contributed in making this venture a success, it is indeed an appreciable fact that India alone, is home to atleast a dozen botanical gardens spread across different parts of the country.

Today, these gardens are a major tourist destination and people even visit the place for the excellent picnicking spots they provide. Who wouldn’t like to take a break from work and settle down with a book under the shades of a quiet and cool tree? Whatever the case, however we run hither and thither worrying about globalization, recession and other so-called social crises, we are tempted to go back to nature at the end of the day. Botanical gardens are just a means to achieve this final peace and tranquility. So here goes a list of some of the famous botanical gardens that India is home to. Visit them when you have time and glow in its magic. 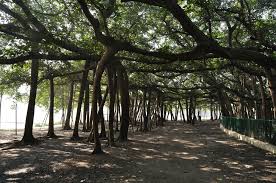 Also known as the Acharya Jagadish Chandra Bose Botanical Garden, it is located in Shivpur, Howrah in West Bengal. The garden is royal in appearance with elaborate walkways surrounded by collections of rare plants collected from different parts of the world. The great banyan tree that defines and gives life to this garden is also the largest in the world. It was previously also known as the Calcutta Botanical Garden and the Royal Botanical Garden in the early 1860’s. It was Colonel Kyd who gave birth to the Indian Botanical Garden in 1786. Then, the garden was home to about 12,000 living plants and over two and half million dried plant specimens occupied the herbarium which was collected from different parts of the world. Trust me, the place is heavenly and the ambience is best suited to take a break from the hustles and bustles of daily life. What more, the area also hosts a serpentine lake where boating is possible. 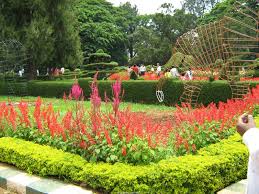 2. LAL BAGH: I know the very sounding of the name reminds you of the coolest city in India, Bangalore. Yes, the rocking and happening city of India is also home to one of the best botanical gardens in the world. Also known as the Red Garden, Lal Bagh was built by Sultan Hyder Ali and his son, the famous warrior Tipu Sultan. The garden spreads over an area of 40 acres and was initially designed to resemble the Mughal style garden at Sira, in Tumkur near Bangalore. Currently the Directorate of Horticulture under the Government of Karnataka is responsible for keeping a regular check on the activities of the garden. It has to be mentioned that if Lal Bagh is today one of the world’s most visited places in India, the entire credit goes to quite a number of people who as superintendents of the place had made noteworthy contributions that resulted in its reigning glory. 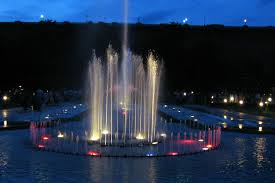 3. BRINDAVAN GARDENS: Another masterpiece located in the state of Karnataka, the Brindavan Gardens is located in Mysore. It is one of the most beautiful gardens in India located in a picturesque setting behind the Krishna Sagar Dam. The fact that it is also a terrace garden adds all the more to the beauty and charm surrounding the place. Musical fountains and daily light shows held at the gardens also add to its grandeur. If you are seeking solace in the lap of nature, I suggest you to make a trip to Brindavan during your free evening hours when they decorate the place with exceptional lightning. Brindavan is a beautiful place. With extremely breathtaking sceneries canopying the garden it’s not just photographers but also filmmakers who regularly return to the place to capture its beauty. Equally amusing is the fact that Brindavan always has something new for its visitors, you may have visited the garden a million times but still there is always something fresh about the place, a new feeling that leads to a new awakening. 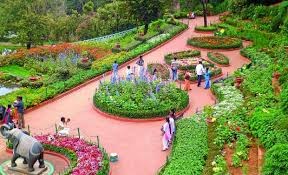 4. AGRI HORTICULTURAL SOCIETY: Located in Alipore, Karnataka, the Agri Horticultural Society is famous for its valuable and huge collections of rare medicinal plants. The garden at Alipore is only one among quite a few other similar gardens established by the Agri Horticultural Society of India. It was founded in 1820 by Rev William Carey, an English Baptist missionary. The winter flower show organized by the group is also quite famous around India. The Alipore garden is however best known for being home to Cannas, a rare botanical variety.

5. GOVERNMENT BOTANICAL GARDEN: Located in Udamangalam, Ooty in Tamil Nadu, the Government Botanical Garden is famous for its huge collection of roses. It is also the largest among the botanical gardens in India and has a vast collection of exotic and rare plant species including shrubs, ferns and bonsai varieties. Visiting the place during winters are the best. Rare trees found here include the monkey puzzle tree, paper bark tree and cork tree. The flower show they organize annually is also very famous round the globe.