Chitosan is a linear polysaccharide and is obtained from chitin. Marine life is responsible for its commercial production.Its unique chemistry is responsible for its application in food industry, agriculture and plant sciences, textile industry, waste water treatment and biomedical sciences. In the form of biodegradable materials it is present abundantly.

Chitosan is present in nature as decomposed molecules of chitin in soil and water. Chitosan hemostatic products have been sold to United States army and recently used by the United Kingdom army. United States and United Kingdom along with allied forces used chitosan made bandages for injuries during war with Iraq and Afghanistan.

Chitosan is hypoallergenic and has natural antibacterial properties, which support its use in field of bandages. Chitosan’s properties of blocking nerve endings also allow it to reduce pain. Chitosan can cluster blood rapidly that is the reason it prescribed in the United States and Europe for the utilization in swathes and other hemostatic specialists. Chitosan hemostatic products have been proved by the United States navy to quickly stop bleeding and to reduce blood loss and result in 100% survival of otherwise harmful arterial wounds in swine. 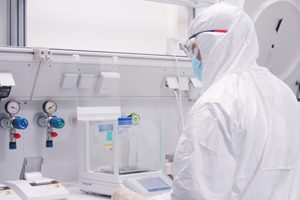 It is applied in pharmaceutical industry; as filler in tablets; to improve drugs dissolution and to mask bitter tastes in solutions taken by mouth. FDA has proved that it’s different forms lower down obesity. It reduces blood high cholesterol because it is a fat binder and to treat crohn’s disease. It is also used to treat complications that kidney failure patients during dialysis often face, including high cholesterol, anemia muscle elasticity, appetite and insomnia. It can be applied directly to gums to treat inflammation that can lead to periodontitis. It is added to chew gum that contains chitosan to prevent dental cavities. In surgery, it helps “donor tissue” rebuild itself; so surgeons sometimes apply it directly to places from which they have taken tissue to be used elsewhere. The use of chitosan depends on the degree of deacetylation of chitin.

In agriculture and plant sciences it has been applied for mitigation of abiotic stress. It is very effective in mitigation of heat stress, cold stress,drought stress and salt stress. Its foliar application leads to higher vegetative and reproductive growth of plants so categorizedas plant growth enhancer.

It stabilizes cell membranes structure through increasing enzymatic and non-enzymatic antioxidants. It protects cell membranes commencing oxidative stress and improves plant cell structure and permeability. So, protection against oxidative stress takes place. It is used in post-harvest techniques to extent shelf life of fruits and vase life of cut flowers.It does not create harmful effects making environment  safe bio-pesticide. According to Environmental Protection Agency and United States Department of Agriculture,it can be used in organic farming.

Due to safe use it is found to be as an environment friendly bio-pesticide substance. It enhances the innate ability of plants to cope themselves with fungal and bacterial infections, so have very important role inmitigation of biotic stress. The natural bio control active ingredients, chitin/chitosan are found in the shells of crustaceans, such as lobsters, crab sand shrimp, many other organisms, including insects, fungi cell wall and hard outer skeleton of shellfish. It is one of the most abundant biodegradable materials in the world. It is used in paint industry because it has properties as fining agents.

Oregon University recommended its application in food industry. Thin edible films/coatings of chitosan were added inside the polythene sheets to cover the foods. So it protects the food from bacterial infection. This process isusually called bio-printing. It did not change the taste, appearance and smell of food items. Chitosan was spread on strawberry for 20 days. It reduces 99% anti-microbial agents.

It is used in treatment of waste water and clarifying wine becauseit has phosphate binding ability and removes phosphate and micronutrients like Zn, Fe, Mn. It is also used in improvement of fiber quality. It is applied as finishing/pigment, dying of cotton and formaldehyde scavenger in clothes. But need of the day is that by using our sea creatures to produce it locally as is valuable as a pearl.