Brinjal is also known as eggplant is grown as fruit. The botanical name of eggplant is solanum melongena belonging to family solanaceae. Eggplant is widely cultivated fruit vegetable. It is summer crops. Postharvest losses could be as high as 39% primarily due to diseases and mechanical damaging. In Pakistan it is 3rd number in production. Export is not on appreciate level in Pakistan. The eggplant is used for cooking purposes. The plant also used as medicine for many diseases. The plant has many nutrition values. The plant comprise brain food called as nasunin. The nasunin is the chemical which protect brain cells from destroy.

The eggplant use raw as well as cooked form to export worldwide. There are some leading countries which export eggplant and generate revinue. these countries have suitable climatic conditions for eggplant cultivation. They fulfil their requirement as well as to export to different countries of the world.

The eggplants have different types of verities. The some are very good to climatic condition and grow vigorously. The some of them which give best results are Pusakranti, Pusa purple long, Pusa purple round, Jamunigola, Pusa purple cluster, Punjab bahar, Punjab moti. Some other cultivars are also give good results are dancer, nubia, barbarella, machiaw, black Nadia etc.

Eggplant is harvested on developmental stages depending upon cultivars, temperature, time from flowering to harvest may 10 to 40 days. To avoid that seed become hard and large its prefer to harvest at immature stage. Physical appearances also help to indicate immaturity like firmness, glossy surface etc. Eggplant become bitter if it’s over mature.

In recent years marketing of eggplant has increased. Standard (American) eggplant quality is primarily based on uniform egg to globular shape, firmness and a dark purple skin colour. Quality indices also includes size, freedom from handling defects, freedom from growth, decay, and a fresh green calyx. Other eggplant types include:

Fruits are harvested immature before seeds begin to enlarge and harden. Fruits should be picked when the fruits firm, and the colour is bright and shiny. Eggplant fruit become bitter and pithy as they reach an over mature stage. A knife or pruning shears should be used instead of breaking or twisting the stems. The large (usually green) calyx and a piece of stem should be left attached to the fruit. After harvesting carefully put fruits in buckets and avoid sun heat to avoid water losses.

Eggplant fruits are sorted by size (small, medium, and large) and culls are removed. Scarred and curved fruit calyx is not desire for export. The plants should have good size and shape. The colour is also specific according to different species. The plant should be diseased free and also from physical and physiological problems. The plants should grade according to desire of the consumers. The fruit should be free from diseased and insect attack.

Transport carefully by using cleaned vehicles and these vehicles should avoid to expose fruits to sunlight. Good take care while loading the fruits, while transporting as well as during unloading. The fruit are very sensitive and handle carefully because if the cosmetic look of fruit is destroyed then, the value of fruit also destroys and all crop is in losses.

Before packing eggplants should be cleaned. To remove dust, dirt and stains eggplant should be washed with chlorinated water (150 ppm free chlorine with pH 6.5) or wiping with a damp cloth. This treatment helps to improve the quality and physical appearance of fruits that attracted the consumers and improve the market.

Fruits are graded by size and packed in baskets or fibreboard cartons. Uniform sized fruits put in containers. High quality eggplant is firm, heavy in relation to size, glossy in appearance and avoid of scars.

For appreciate marketing physical appearance matters a lot so that to enhance the surface appearance of eggplant waxing is done by the application of a liquid carnauba-based food grade wax. Waxing also reduces abrasion injury from rubbing of adjacent fruit during transport.

Eggplant should be handled and packed carefully to avoid damage to the skin. Well-ventilated and strong fibreboard cartons should be used for export, with a minimum carton bursting strength of 275 lb/in2. Package weight is typically 9 to 11 kg, in this weight 18-24 fruit per carton. By packing put fruits horizontally on same plane to avoid puncturing adjacent fruit.

Eggplant has no longer storage life so it should be marketed as soon as possible. For storage 10C (50F) temperature is recommended, at this temperature fruit can survive for 10 days (market life). If it stored at high temperature for long time it will tends the fruit become dull and darken the skin with darken seeds and the flesh become spongy and bitter.

Eggplant is susceptible to water loss and shrivelling. Clear symptoms can be seen on surface i-e wrinkled skin, spongy flesh, and browning of calyx. So to avoid all these 90% – 95% RH is recommended.

Eggplant show mild to high sensitivity to ethylene. Particularly browning, deterioration and calyx abscission may be caused if eggplants are exposed to more than 1ppm ethylene during distribution and for short term storage.

Eggplant attains some benefits from controlled and modified atmosphere storage. Low O2 level (3-5%) delay deterioration and decay. This fruit can tolerate 10% CO2 but storage life is not extended beyond the benefit of reduced levels of O2.

The most common fungal diseases of eggplant    are:

Harvest at immaturity, once fruit over-mature seed become harden and enlarge. Avoid fruit from exposing to sunlight from harvesting transportation. Marketing totally depend upon physical appearance so be careful during harvesting, sorting, transporting, grading, packaging and marketing. Store at 10C and 90-95% RH, fluctuation in these cause darken skin, seeds and water losses respectively. Know the market and demand. Waxing is important to improve surface condition of fruits. Keep the whole supply chain clean. 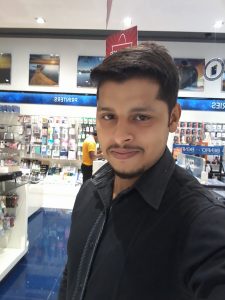 # Brinjal: A shiny nightshade of Pakistan