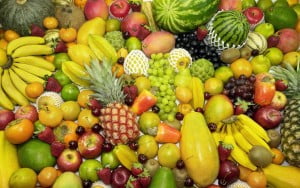 ALMOST 1 BILLION people across the globe will go to bed hungry tonight, 200 million of them children. Most of those people are smallholder farmers who depend on agriculture to make a living and feed their families. Despite an explosion in the growth of urban slums over the last decade, nearly 75 percent of poor people in developing countries live in rural areas. That’s why growth in the agriculture sector has been found, on average, to be at least twice as effective in reducing poverty as growth in other sectors.
Investing in these smallholder farmers, most of which are women, is more important than anything else. A spike in world food prices in 2008 hurt economies across the world and led to destabilizing riots in over 30 countries. In order to feed a population expected to grow to 9 billion people by 2050, the world will have to double its current food production, all while climate change increases droughts and leads to less predictable rains.
To cope this challenging issue of hunger, many of the world leading organizations are investing in cutting-edge scientific and technological agricultural research to develop stronger seeds and greener fertilizers so farmers can grow more; developing agricultural markets, expanding trade and using mobile phones to provide real-time prices, so farmers can sell what they grow at a profit; helping farmers access capital, so that they can expand their farms and buy equipment; offering extension services, so farmers can learn the best techniques to grow and store their crops; developing sustainable agriculture strategies, so countries can feed their populations without depleting their natural resources; providing emergency food assistance, so vulnerable populations and malnourished can survive and quickly bounce back in times of crisis. However, the above stated ventures are efficient but without increasing crop production the issue is difficult to manage. In this era of increasing urbanization, scientists are working to produce multi fruit crops that can be cultivated on a small area while can produce more and different fruits in a single time like Pomato, multi-apple and multi-nashi trees which can be grown in small lawns and beside kitchens. Such kind of fruit crops can help to cope the rising food security and hunger challenges.
Pomato
Pomato is a hybrid variety of potato and tomato that is produced by grafting a tomato plant and a potato plant, these plants belongs to Solanaceae family (nightshade). It is a small tomato-like fruit, with white flesh, edible either raw or cooked. Cherry tomatoes grow on the vine, while white potatoes grow in the soil from the same plant. Pomato plant produces tomatoes on the top and potatoes underground.
History
The basic history of pomato was originally developed in 1977 at the Max Planck Institute for Developmental Biology in Tübingen, Germany, and although healthy, the plant produced neither potatoes nor tomatoes. The Max Planck Institute for Plant Breeding Research in Köln produced a plant with fruit in 1994.
How to Grow a Pomato Plant
Pomato plant can be grown by using following steps:
• Choose Potato and Tomato plant with the same height.
• Place the two plants side by side so that the stems will touch easily.
• Gently remove a sliver of the stem from the potato plant by using thin sharp knife.
• Locate an area on the tomato stem that matches the height of the cut on the potato plant.
• Set the plants in an area out of direct sunlight.
• Watch the new growth on the top of the tomato.
• Allow the plant to grow until you again see vigorous growth on the tomato plant. This should take two or three weeks.
• Allow the plant to grow for two or three weeks to see vigorous growth on the tomato plant.
• Remove the bottom portion of the tomato plant.
• Enclose the plant in a clear plastic bag to maintain moisture. After several days, remove the plastic.
• Once the plastic is removed, watch for signs of new growth. When the plant shows lush green leaves, remove the grafting tape. Now the Pomato plant was created successfully.
As you already know grafting don’t occur in nature we cannot grow these from seed. The two parts of the plant remain genetically separate, and only rely on each other for nourishment and growth.
Benefits
Pomato plants have been seen as a new technology to make food production more efficient, as they maximize the amount of crops that can be produced on a piece of land or in a small urban environment like a balcony. This has significant impacts on developing countries like Kenya, where farmers can save on space, time and labor without affecting the quality of their produce by growing Pomato plants. In addition, grafting can improve resistance to bacteria, viruses and fungi, and attract a more diverse group of pollinators and provide a sturdy trunk for delicate ornamental plants.
Grafted Pomato plants have been launched in the United Kingdom in September 2013 by horticultural mail order company Thompson & Morgan, Grafting is a difficult process because the tomato and the potato stems have to be the same thickness, and Thompson & Morgan trialed the hybrid for several years before selling it. Production and grafting of tomatoes begins in a specialist laboratory in the Netherlands, before being shipped back to the UK and grown in greenhouses until they are ready to be sold.
Source