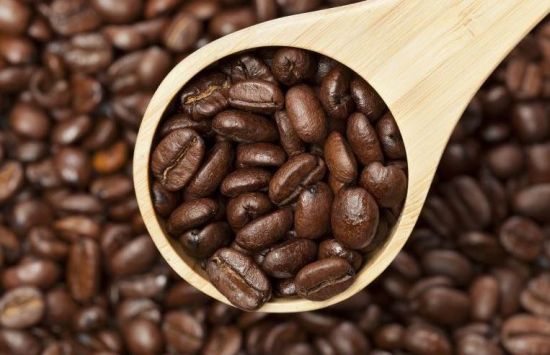 Some of the most impressive health benefits of coffee include its ability to improve cognitive health, protect the cardiovascular system, reduce the chances of developing diabetes, aid in weight loss efforts, boost energy levels, maximize fitness efforts, increase liver protection, optimize the metabolism, and protect against certain types of cancer.

Known around the world for its wide variety of taste and stimulating nature, coffee is one of the most popular beverages on the planet, with 100 million daily drinkers in the United States alone. Billions of cups of coffee are drunk every day around the world; estimates put the total at 500 billion cups every year. When something is that universally celebrated and enjoyed, there must be something besides an energy boost and a well-blended flavor. Coffee is not typically thought of as a healthy drink, but it actually has some surprising side effects, many of which are due to its chemical components and nutrients. Coffee itself comes from coffee beans, derived from the coffee plant. Coffea arabica is the most commonly used bean, but there are many different varieties depending on the region of the world you are drinking coffee in, or on where you are importing the beans from.

Coffee represents the top agricultural export for 12 countries of the world, and despite its slightly acidic and addictive nature, it continues to be demanded from Japan to New Jersey in massive quantities. Historically, coffee was first recorded as a drink just over 500 years ago, beginning on the Arabian peninsula, but there is speculation that its use as a stimulating beverage stretches back more than 1,000 years in various ancient and indigenous cultures. Now, coffee is drunk in nearly every country of the world, and the cultivation and processing of coffee is the prime source of income for more than 100 million people around the world.

Although most people think of coffee as nothing but hot water and coffee grounds, people forget that coffee beans for have important organic compounds and nutrients, including a range of B-family vitamins, including riboflavin, pantothenic acid, and niacin, as well as potassium, manganese, and magnesium. Perhaps most importantly, coffee contains caffeine, which has a wide range of health benefits when consumed in moderation and at right times during the day.

Cognitive Health: It is widely known that coffee helps to sharpen focus and increase attention by stimulating the brain with caffeine. While this can sometimes result in a mental crash if too much coffee is consumed, the regular process of drinking caffeinated coffee has been shown to protect cognitive health and prevent mental degradation as we age. In fact, studies have shown that elderly people who consume coffee on a regular, moderate basis are 60% less likely to develop Alzheimer’s and dementia. Keeping those synapses firing with some caffeine isn’t a bad idea!

Cardiovascular Health: Although too much caffeine can put strain on your cardiovascular system, research has revealed that regular coffee drinkers can actually reduce their risk of having a stroke, and in females, coffee seems to decrease the risk of heart disease. While coffee can increase blood pressure, that is more of a temporary side effect, rather than a permanent effect, and temporarily raised blood pressure does not mean that a stroke or heart disease is inevitable. It can often work to clear out the system and keep your cardiovascular system functioning at a high level.

Diabetes Prevention: This is a relatively new benefit learned about coffee, but in recent years, studies have shown that people who regularly consume coffee have a 23-50% lower chance of developing diabetes. The study covered nearly half a million people, and returned some very interesting results. This could be due to the appetite suppressing effects of coffee, or the fact that it simply makes you more energized and active, helping to reduce your risk factors for diabetes.

Metabolic Health: One of the most essential roles of B vitamins in our body is to regulate and guide ourmetabolic activity. The significant levels of niacin, pantothenic acid, and riboflavin mean that coffee helps us optimize our metabolic efficiency so we use nutrients efficiently, maintain balanced hormone levels, and generally keep our body running smoothly.

Weight Loss Efforts: An overlooked benefit of coffee is that it energizes people to move around, get active, and burn calories faster. The actual stimulant nature of caffeine speeds up the body’s metabolism briefly and increases calorie burning when coffee is drunk. Furthermore, coffee acts as an appetite suppressant, so you can calm cravings and remain firm in your dieting goals with a cup of joe on your side!

Maximize Fitness Goals: Many people who regularly work out or train in a gym use coffee as a final burst of energy so they can get the most of their workout. That burst of caffeine acts as instant energy, allowing people to push themselves a bit longer and a bit harder to really begin seeing results from their exercise regimen.

Liver Protection: Although this is still an area that is being heavily researched, coffee consumption has been linked to liver health, particularly in the prevention of cirrhosis, hepatitis, and fatty liver disease. One study showed that regular coffee consumption resulted in an 80% reduced chance of developing cirrhosis of the liver.

Cancer Prevention: It seems that everyone is always looking for the magical anti-cancer cure, as the disease is one of the most deadly and widespread on the planet. Coffee is not traditionally thought of as anti-carcinogenic, but it has been linked specifically to two types of cancer prevention – liver and colorectal cancer, which are the 3rd and 4th deadliest forms of cancer, respectively.

Depression and Mood: The natural effects of coffee are to energize and activate the mind and body. This can do wonders for someone suffering from depression, and has even been connected to a reduced occurrence of suicidal tendencies. However, coffee has been connected to anxiety and mood swings if consumed in excess, because the classic caffeine crash can be quite severe as the chemical’s effect runs out. Remember – everything in moderation!