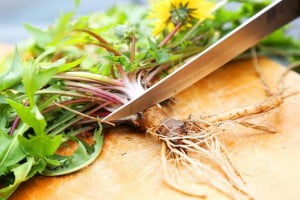 It has been found that dandelion root kills only cancer cells, unlike chemotherapy which kills healthy cells as well.

The University of Windsor in Canada has conducted a research in the department of chemistry and biochemistry. This research’s results provide new hope for cancer patients. Dandelion root effectively kills cancer cells, without any harmful consequences to other cells in the body.

Dandelion root tea act in a way that it kills diseased cells within 48 hours. During this process none of the healthy cells are damaged, the survey showed.

By regularly consuming dandelion root tea, you will be able to get rid of cancer in time.

A 72 year old patient is the living proof of this. He went through numerous intensive and aggressive chemotherapy treatments. He spent 3 years in the hospital before he was released in order to spend his last days with his family and friends. Drinking dandelion root tea was literally his last chance. After months, this man experienced disease remission (complete withdrawal of cancer).

Note: This herb is very healthy, but you must harvest it from clean area, away from the streets and pollution.