(Written By: Zia Ur Rahman Farooqi and Nukshab Zeeshan)

Somewhere, we have convinced ourselves that chicken is a healthier option than cows but eating chicken may hold more dangers than its fellow barn mates. When a chicken is forced to grow to maturity within 50 days and even forced to hatch earlier than it normally would have, it does a lot to the bird. Apparently healthy, but their fodder and living conditions are so foul that the poultry loses pretty much all of its nutritional value and instead becomes a carrier of diseases for its consumers. The most common is the high risk of E. coli, a bacterium that reduces the immunity to many diseases. The least it can do is cause food poisoning and at worst anything could happen. This is not even the worst part. It reduces the ability of antibiotics of helping you to fight the diseases you are now prone to.

Broiler chickens are fed with very high amount of antibiotics, growth hormones and additives. These chemicals can cause changes in the body metabolism. This will also affect the puberty and menopause in females. The chemicals present in it are found in the feces of the birds.

These feces are spread on the land and farm, which can be a disaster for land and the environment. The polluted water can affect the fishes with many types of diseases. So after learning about the disadvantages and risk of eating chicken it is better to save yourself from this dreadful condition. While organically and ethically raised animals are always a better option than not, there’s still plenty of reasons chicken is not a health food. Here are some reasons;

Eating moderate amounts of unprocessed red meat such as lamb is significantly healthier than eating similar portions of processed meat such as chicken particularly in terms of lower risk of heart disease, diabetes and stroke. Furthermore, selecting healthier sources of protein and avoiding chickens can significantly reduce saturated fat, cholesterol and sodium content. 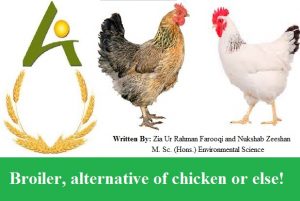